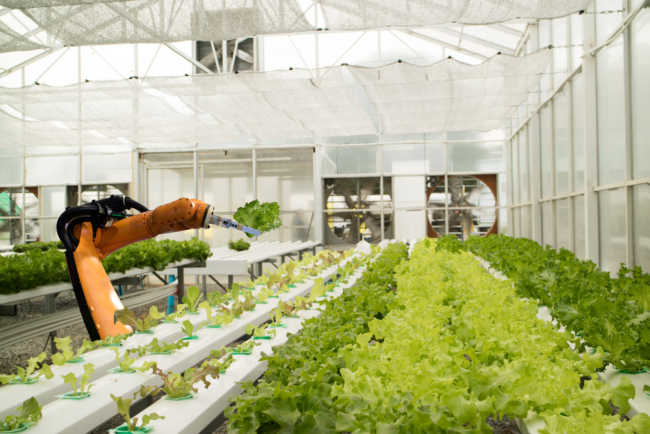 In the food production industry, high-tech tools and systems are being used to optimize production conditions. But new technology brings new challenges and risks.

The world population is expected to reach 9.8 billion in 2050, according to a study published in 2017 by the United Nations Department of Economic and Social Affairs. The same study also shows that regions across the globe had a recent rise in life expectancy. To provide for this steadily growing and longer–living population, the amount of food that is being produced today needs to be roughly doubled by 2050, preferably without converting any more land into farmland. This puts a considerable burden on the food production industry to produce more food more efficiently but with less environmental impact. To meet expectations, farmers, growers, producers, and food processers are using high-tech tools and systems to optimize production conditions, reduce waste, and make efficient use of available resources.

However, the adoption of new technology also brings challenges. There has been a growing concern that the devices and software used in food and agriculture pose significant risks to both enterprises and customers. In 2015, the U.S. Department of Homeland Security already identified cybersecurity as a key issue in this sector, and outlined a plan for reducing sector-specific risks. These concerns continue to grow, and considering the potential fallout — from food safety issues that could affect the lives of consumers to crop and livestock sabotage that could ruin an enterprise — it is undeniable that cybersecurity needs to be a bigger priority for people and organizations involved in the food production industry.

The Role of the IoT in the Food Production Industry

The food production industry is already using the internet of things (IoT) to help make production more efficient. As a prime example, farms and other such sites are often remotely located and crops are grown far from where a farmer operates, just as fish pens can be in the middle of the sea, miles offshore. Remote monitoring devices with wireless mobile connectivity removes the physical need for visiting and supervising sites.

Food production involves not only the growing and production of food items, but also storage, processing, waste management, and other tasks. The IoT is also used in most of these activities: Connected devices and systems can help manage large tracts of land, track and feed large herds of animals, maintain specific storage environments, and more. As base technologies used in the IoT (e.g., sensors, boards, antennas, and batteries) become cheaper, and cellular data connectivity becomes ubiquitous in rural and agricultural areas, we foresee wider adoption of the IoT in this industry in the near future.

The IoT can be used in food production in a variety of ways: 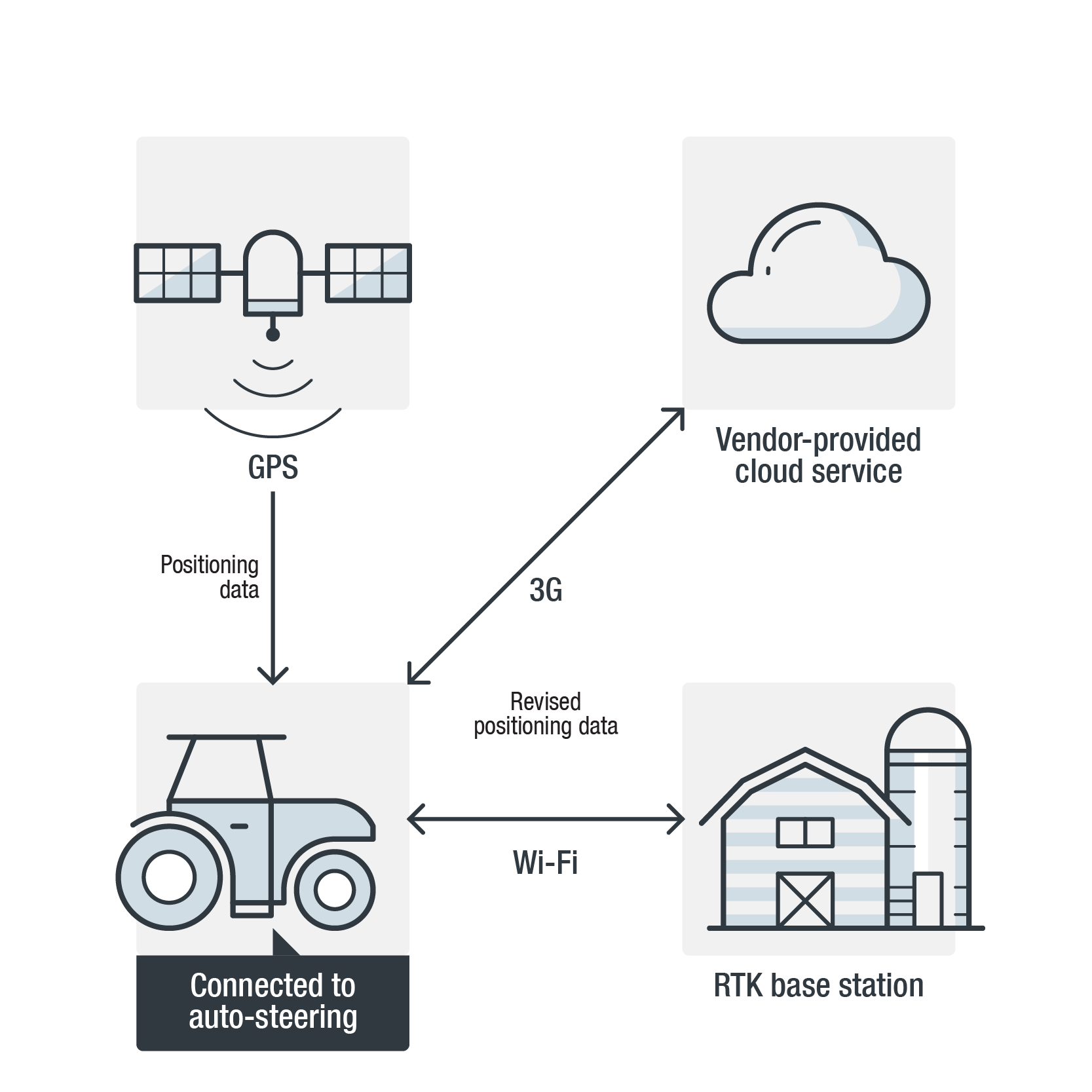 More about: Smart Technology in Agriculture

Cybersecurity Risks and the Impact of an Attack

Agriculture started in specific environments where farming was possible. But with the help of technology, people were able to expand optimal growing environments into regions where it was not previously feasible. The same is true for different forms of livestock. But as an unfortunate consequence, attackers who wish to sabotage the food production process can simply alter the environmental conditions to destroy crops or even kill livestock. In February 2015, for instance, US$1.7 million worth of chickens were killed when a disgruntled contract grower tampered with the temperature settings of the chicken houses in a farm in South Carolina, U.S.A. And in July 2018, 1,200 pigs died in an automated pig barn in the Netherlandswhen a temperature alert was ignored.

The use of the IoT in food production is undeniably beneficial, but there are critical cybersecurity issues that cannot be overlooked. Since IoT-related threats are relatively new to this industry, many people and organizations are not prepared for or even aware of the industry-specific risks.

We have identified the security risks farmers and operators should be aware of, and highlighted the possible impact of a cyberattack against IoT systems used in the food production industry. At the very least, a successful attack could result in monetary losses, and at worst, it could compromise the food safety of an entire population.

To address the pressing need for tougher cybersecurity in food production, we lay out these recommendations for producers and vendors in this industry:

The food production industry is becoming more and more dependent on the IoT as population growth, not to mention the recent rise in life expectancy, pushes for higher food demand. New technology is being integrated into many aspects of production, helping maximize efficiency and safety. In particular, the IoT is helping in the gathering and analysis of different forms of data, providing proprietary information and valuable insight to farmers, growers, producers, and food processers.

As the reliance on the IoT grows, people and organizations in the industry have to recognize that securing the technology afforded by the IoT should be of high priority. Ideally, considering the impact a cyberattack or an act of sabotage could have, securing IoT devices and systems in the food production industry should get the same level of attention as the protection of the physical spaces and assets in a tract of farmland.

This article was written by Ryan Flores, Stephen Hilt, and Akira Urano – Trend Micro Research. Originally it was published here.