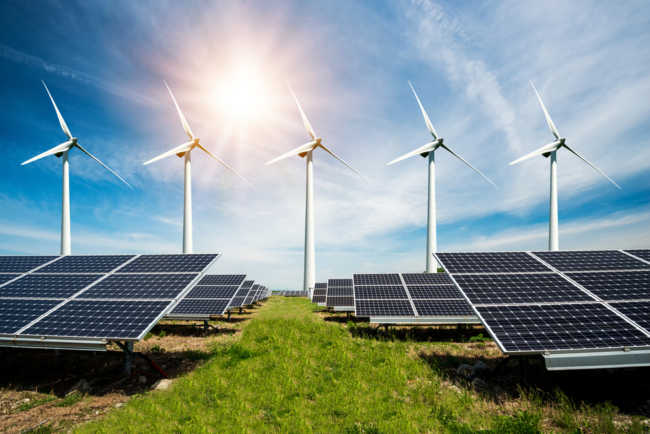 The energy industry is entering a new era, triggered by the relentless rise of renewables, electric cars and smart grids. And like previous industrial revolutions, technology – and the willingness to embrace it – will determine the winners and losers.

Over the past decade, the greatest disruptor in the energy industry has been the unlocking of vast shale oil and gas reserves in the U.S. But the next breakthroughs won’t come from better drilling rigs. They will emerge from digitalizing the existing energy infrastructure and improving the way data is collected, analyzed and used to maximize efficiency and minimize the environmental impact of fossil fuel extraction and consumption.

Global energy demand will grow an expected 50 percent by 2050, and there are still over one billion people who lack access to power, so it’s important to maintain investment in oil, gas and power generation to meet these needs. At the same time, we must tackle the challenges of climate change and massively reduce CO2 and other emissions. There’s consensus that new technology has an important role to play to solve this problem.

But the industry remains strained. For the past five years, oil and gas companies faced “lower for longer” forecasts for crude prices and slashed investment budgets, including crucial spending on technology. Some energy experts don’t see annual investment reaching the $600 billion necessary to meet future oil demand through the next decade. Such a shortfall would limit the broad deployment and development of promising technologies.

More about A cleaner energy future

Some producers are reluctant to allocate capital to projects that won’t show returns for years. Others are concerned about sharing data and cybersecurity, reinforcing the industry’s preference for tech conservatism. The slow pace of adoption, however, isn’t uniform and many companies, especially in the Middle East, are on the cutting edge of digitalization and devote considerable resources to technology.

Innovations in the oil and gas sector today, from exploration to downstream projects, are aimed at squeezing maximum value from each barrel. Along this chain, some advances are no-brainers, like switching out a half-century-old gas engine with a highly efficient and connected electric drive or installing sensors that allow for real-time production optimization.

The greater promise lies in technology that’s still in its infancy and may not be the obvious choice, yet. Potentially disruptive technologies such as artificial intelligence, ‘digital twins’ and additive manufacturing are among the most important developments today.

Continue to read the article here.

The author of this article is Dietmar Siersdorfer, CEO of Siemens Middle East as well as Siemens LLC United Arab Emirates since December 2013, and CEO of the Energy Sector in the Middle East, since June 2008. Based in the United Arab Emirates, Siersdorfer joined Siemens in 1987 in Mannheim, Germany, as an electrical engineer and held various managerial positions in the Industry and Energy sectors during his tenure at the company.