How can the world make better use of water and energy using IIoT?

Home  /  Industrial IoT   /  Connected Industry   /  How can the world make better use of water and energy using IIoT? 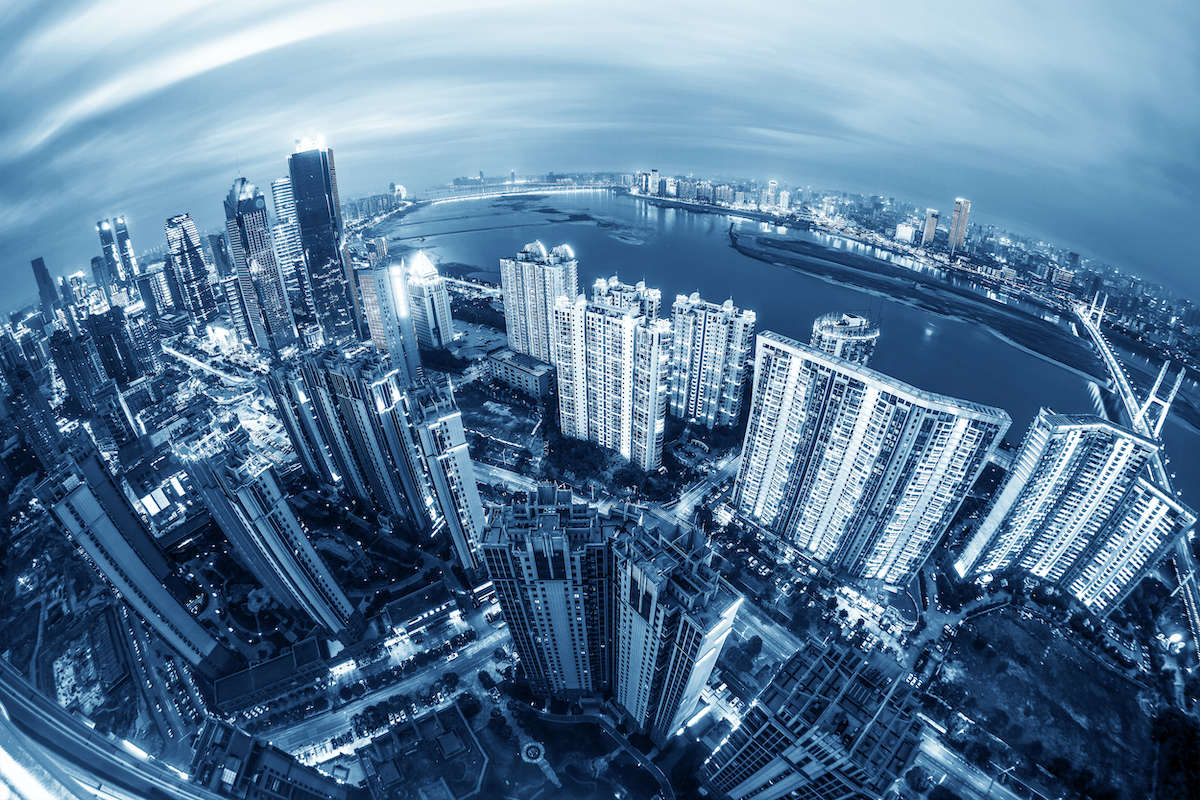 How can the world make better use of water and energy using IIoT?

It’s no surprise the World Economic Forum says water crises are the biggest threat facing humanity over the next decade.

We understand the primary causes – climate change, poverty and inequality, and lack of rational water-use policies. What we need are solutions to provide clean water for our growing global population. Allow me to suggest a four-fold approach that’s as simple as collecting rooftop rainwater, and as technically challenging as using the mighty Hoover Dam of the American West as the world’s largest energy storage battery. Enabling most of these ideas is the growing power and capability of the globally connected, digital Industrial Internet of Things (IIoT).

Do the obvious stuff we’re not doing now

Water is heavy. Moving it somewhere to clean it, then using energy to send it back is wasteful. If energy generation and distribution is moving to rooftops, why not water too? Every time it rains, we’re wasting clean water unless we collect and use it.

In Silicon Valley, where I live, many roofs are covered with solar panels, but I almost never see rain-capture systems. By my calculations, the San Francisco Bay Area – a famously drought-and- wildfire-prone region – could be 100 percent self-sufficient simply by capturing rain that falls on roofs during the winter rainy season. Nationally, I calculate the US could generate half the water we need through simple rain capture.

Amazingly, in many American states, it’s illegal to use captured rainwater for one’s home, for reasons ranging from sanitation worries to complex ancient water rights.

Digital technology could speed wise use of rooftop rainwater collection and use. A proper filtration system guarantees healthy drinking water from rooftop collection. As a homeowner, I’d prefer to have an expert monitor my filtration system remotely, and dispatch repair people before they’re needed, not after the system breaks down.

Water brought to many cities at great cost is wasted by leaky pipes: 20 percent in the average city, 60 percent in Istanbul. In Vietnam, 30 percent of Ho Chi Minh City’s freshwater supply has historically been lost to leaks and other infrastructure problems, but a current IIoT project involving my company will reduce non-revenue water to 10 percent by 2020 by digitally monitoring the water network and instituting repairs in near-real time.

Make smarter use of wastewater:

Rewind the clock. Start by reforesting the Sahara

There are radical “solutions” underway to address the world’s water shortage. I worry they’ll cause as many problems as they address. China, for example, is building tens of thousands of chemical rain-makers – explosive furnaces shooting silver iodide crystals into clouds above Himalayan mountains higher than 5,000 meters in an attempt to create 10 billion tons of rainfall on the Tibetan Plateau. Is it necessary – or safe – to transform the Earth at the risk of a potentially disastrous outcome?

A wiser and safer approach, I’d argue, is taking place in Africa, where projects are underway to fight desertification by putting back the trees and triggering a virtuous cycle of regeneration. The Green Belt Movement, founded in 1977 by the late Professor Wangari Maathai, has planted more than 51 million trees in Kenya.

A larger project, the Great Green Wall Initiative, triggered in part by Europe’s migrant crisis and funded by $4 billion pledged by nations and non-governmental organizations at the 2015 Paris climate accord, stretches across 12 African countries and 7,100 km from Djibouti to Dakar. Together with measures to harvest rainwater, it is intended to allow farmers to grow crops all year round and create a new green lung of biodiversity.

These projects reintroduce the concept of a circular natural economy that nature provided long before humans appeared and disrupted natural cycles. Imagine a replanted forest as a natural conveyer belt – water evaporates as sunlight hits the trees and returns as increased rainfall that irrigates the new forests and the farmland next to those forests. With viable ways to make decent livings, people would be less likely to migrate to distant European cities or be attracted in desperation to extremist organizations.

Digital technology plays an important role here as well. It’s important that local communities have clearly defined ownership stakes in new forests and farmland that will emerge. Satellites and GPS can accomplish that with precision. And the blockchain could create a foolproof chain of custody for the products of these new forests and farms, so local communities would get their fair share of the returns and not be tempted to waste the trees. I envision a new market of blockchain-enabled fair trade forests and farms that would guarantee the traceability of, say, sustainable wood. So, a furniture manufacturer could market its products as coming only from sustainable forests and be able to prove it.

Make water out of thin air

Use the water-energy nexus to help us, not hurt us

Our dire water situation can be worsened or relieved by how we understand and use the water-energy nexus. Simply put, we are using too much water to make energy, and too much energy to deliver water. Threatened Cape Town relies primarily on energy from coal, which requires 87,000 liters of water a month to create power for a single home. In California, where I live, 20 percent of the state’s massive energy production is used to move water from the Sacramento Delta in the north to the desert megalopolis of Los Angeles and Southern California. China moves water 1,500 km, the distance from Orlando to New York City. Even desalination – a promising remedy for water shortages – is energy-hungry. Half the cost of desalination, typically, is the energy required to run desalination plants

I just mentioned that half the cost of desalination – widely considered a costly water-shortage solution – is the energy needed to run desalination plants. And with 98 percent of the planet’s water stored in the salty seas, we are surely going to need desalination as the global population increases. What if we could cut the cost of those plants by almost 50 percent?

Because renewable energy sources like wind and solar often produce far more energy than their grids can use, it is becoming common for the cost of energy for consumers to fall to zero, or even below zero. Since the beginning of 2018, the cost of energy has been zero or below 194 times in Germany, 76 times in California and 104 times in Australia, according to Bloomberg. Zero cost days have also occurred in Denmark, France, Switzerland, Texas and New England.

What can be done with excess energy? How can we store it for use at times when the sun isn’t shining or the wind not blowing? Some companies, such as Tesla, are making utility-scale storage batteries, but their cost, according to a Lazard study, is 26 cents per kilowatt-hour, compared with 12.5 cents per kilowatt-hour that households typically pay for power. Not an attractive value.

But…what if a desalination plant could monitor energy prices and start up every time the price drops to zero? (The plant’s energy cost wouldn’t literally be zero due to transmission costs, but it would be drastically lower than retail prices.) And unlike ordinary people or businesses that can’t store zero-cost energy without an expensive battery, desalination plants can store cheap energy by filling up their storage reservoirs when desalination is cheapest.

In that way, desalination becomes a battery or time machine in the water-energy nexus. There are others:

All of this digitally-enabled time-shifting and terra-battery innovation is the beginning of what I see as a Global Energy Internet, which will traverse nations and continents to carry clean, renewable power from where it’s generated at minimal cost (in money and climate destruction) to where it’s needed most to help create, among other things, low-cost desalinated fresh water.

Will any one of these ideas, in isolation, solve the world’s water problems and put an end to drought-driven migration, poverty-caused extremism or fights for precious resources? Of course not. But taken together – along with countless innovations not mentioned here or soon to come – they will put billions on the road to better lives.

For almost two centuries we have run our world with an Industrial Operating System that is clearly now killing its host. That is, OS 1 is killing us. It’s our responsibility to harness the power of digital technologies to develop a new Industrial OS that meets the needs of the world’s billions in water, energy, transportation and food. While all four issues are intertwined, water is a good place to start. As the marine biologist Sylvia Earle says, “No water, no life.”

Originally this article was published here and was written by Guido Jouret, Chief Digital Officer for ABB. Read the latest edition of “In Control” for more articles on sustainability, water & wastewater, smart cities and power generation in a more and more digitalized world.