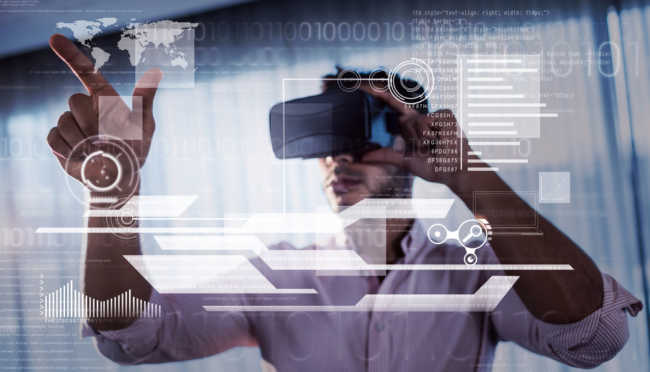 This is the first in a five-part series covering the impact of Augmented Reality on the transportation and logistics industry.

The world’s logistics and transportation industry is changing fast – and is in need of solutions to a number of keys, pressing business issues. These include:

Meeting these challenges is also complex, as the transportation and logistics sector covers a vast array of businesses. And it’s huge.

A Major Driver of the Economy

The US government’s SelectUSA web site (which is aimed at encouraging direct foreign investment in the United States), the U.S. logistics and transportation industry alone totaled $1.48 trillion in 2015, and represented 8 percent of annual gross domestic product (GDP). Select USA’s analysis of the industry describes it as including:

Needless to say, this is a massive, complex and tightly integrated sector of the economy – and it plays a vital role in the work of almost every other business. It’s hard to think of an enterprise that doesn’t depend on transportation and logistics companies to fulfill some vital function in its business.

According to a recent report by strategy and analysis firm PwC, technology will play a big factor in the evolution of transportation and logistics as it works to meet the many challenges it faces. One of the key concepts in the PwC report is the idea of developing a “Physical Internet” that mirrors the digital internet that underpins much of our work today.

The Physical Internet (or PI) is a concept first articulated by Dr. Benoit Montreuil, who is the Coca-Cola Material Handling & Distribution Chair in the Stewart School of Industrial & Systems Engineering at Georgia Tech. He is also Director of the Physical Internet Center and a leader of the Supply Chain & Logistics Institute – and has been a champion of the idea that the way information moves around on the “digital internet” should be the model for a new “Physical Internet” that will underpin the future of global logistics and manufacturing.

In its report, PwC explains that the Physical Internet “is based on the idea that physical objects can be more efficiently moved around if they become more standardized and share common channels, like data packets on the internet”.

The report also suggests that achieving the goal of a PI will require modular components as well as and standard interfaces and protocols. “In addition, hubs and networks across transport modes will need to be better synchronized, and IT applications and networks will also need to operate together,” it concludes.

In the next part of this series, we will look at how PwC and other industry analysts look at the technologies represented in the diagram above – and how all of them can be applied to tackle some of the real challenges facing the transportation and logistics sector.

Originally this article was posted here.

This article was written by Geof Wheelwright, a technology journalist for more than 25 years (including work for The Times of London, the Financial Times, Newsweek, Time Magazine, The Guardian and trade publications such as Computerworld and Geekwire) and is now the Director of Marketing Communications for Mountain View, California-based Atheer, Inc.