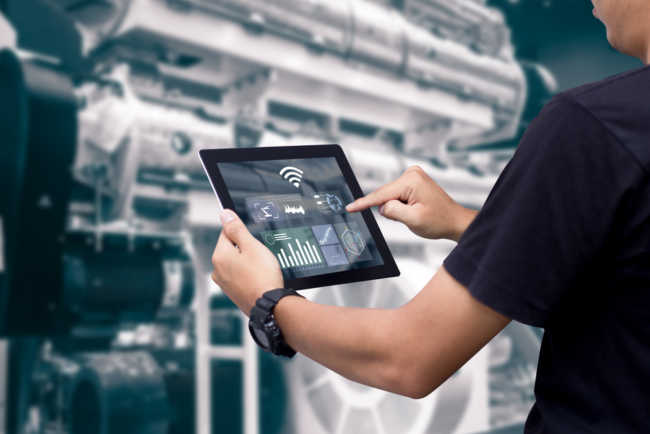 Industry 4.0, the Fourth Industrial Revolution, is inexorably gathering strength. Industry 4.0 introduces the digitalization of processes, the Internet of Things, the installation of widespread sensors in the physical environment and the ability to rapidly enhance production economics through real-time performance-data analysis.

The new generation of digitalized, automated technology now available is enabling manufacturers around the world to improve overall performance and reduce time to market through virtualized product and process development, improved productivity, increased manufacturing plant and equipment uptime through remote monitoring and predictive maintenance as well as improved competitive capabilities through mass customization, where tailored products are offered with much the same economies formerly associated with mass production.

Industry 4.0 represents a significant opportunity for manufacturers to offer their customers enhanced product ranges and quality in tandem with more competitive pricing. Drawing on original research and a variety of published sources, this paper summarizes the key points of value that digitalization and automation have been delivering to those pioneering companies that have already started to invest in the new wave of digitalized technology. These key points of value are summarized in the diagram below (figure 1). 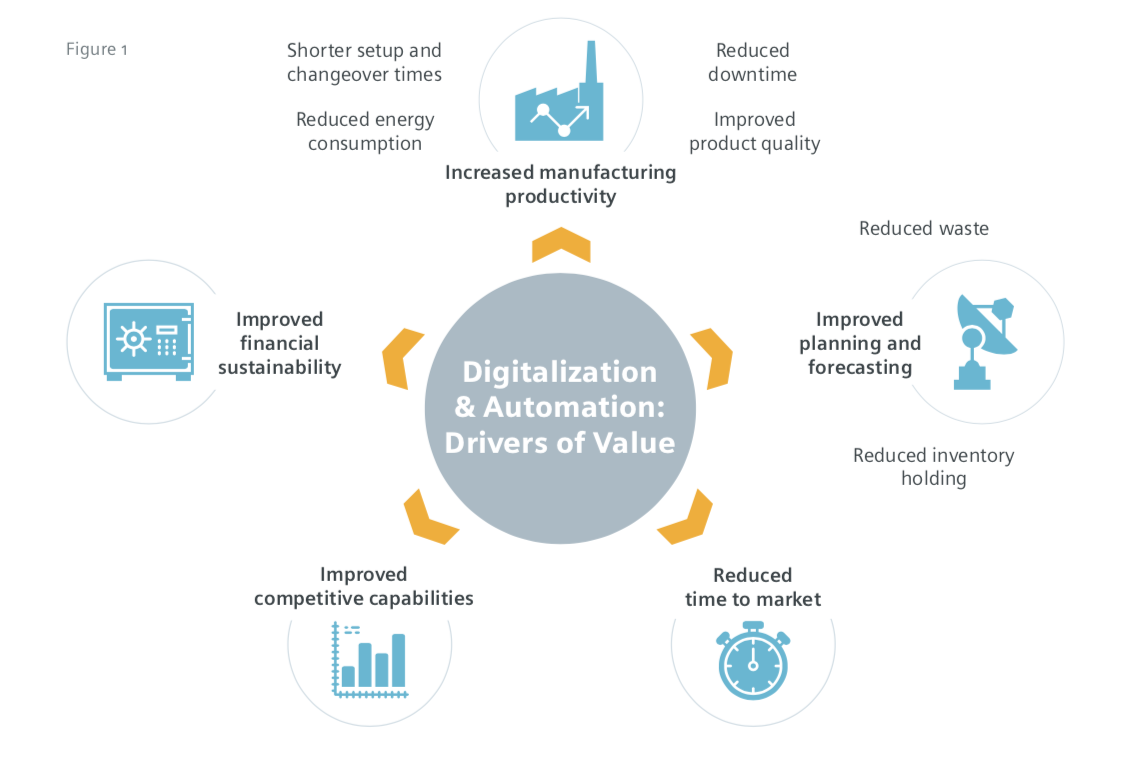 To find out more about the IIoT benefits of digitalization in manufacturing shown in figure 1, download the free whitepaper  “The Digitalization Productivity Bonus” at the end of the article.

For instance, according to this research, in the global plastic-products and packaging manufacturing industry, it is estimated that conversion to digitalized technology could deliver a Digitalization Productivity Bonus of between $34 billion and $53 billion.

In the global food & beverage manufacturing industry, it is estimated that conversion to digitalized technology could deliver a Digitalization Productivity Bonus of between $290 billion and $450 billion.