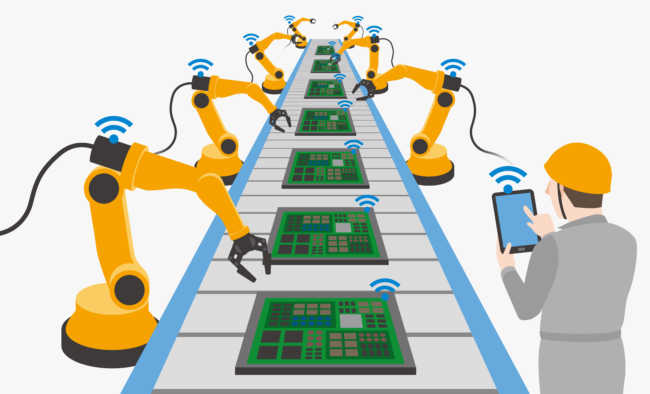 How Industry 4.0 technology can be used to improve staff safety

Increased productivity is not the only benefit of Industry 4.0. The focus on real-time monitoring and connected technology has allowed plant managers to place greater emphasis on the health and safety of their staff.

It’s not uncommon for film stars to injure themselves at work. During the filming of Die Hard, Bruce Willis obtained partial hearing loss when he stood too close to a firing gun. Robert Downey Junior was knocked unconscious on the set of Sherlock Homes when a fake punch turned real. Although engineers are at a low risk of workplace injury caused by a gunshot or punch-up, the nature of the job poses its own safety risks.

In 2016/2017, Health and Safety Executive (HSE) received over 70,000 reports from employers of non-fatal injuries. A new standard for health and safety at work, ISO 45001, was published in 2018 to reduce the yearly figure. It ensures that employers take appropriate preventative measures to keep themselves and their colleagues safe.

Thanks to Industry 4.0, there is now technology available that allows engineers to better monitor their health and avoid injuries and illnesses.

Personal protective equipment (PPE) can connect with factory systems via the Industrial Internet of Things (IIoT) to automate safety management. For example, wearable sensors can detect abnormal worker behaviour such as entry into a restricted area and alert management and the employee.

As well as monitoring the environment, sensors in PPE can measure the wearer’s blood pressure, heart rate and breathing rate to directly monitor their health. This is important for engineers that work in confined spaces such as a semiconductor plant or the wing of a Boeing 747.

Of the non-fatal injury reports that HSE received in 2016/2017, 22 per cent were caused by lifting and handling objects. Thankfully, many lifting and handling tasks can now be delegated to robots. Robots are suited to tasks that require repetitive, physical actions because they can work for 24 hours a day without tiring and can lift heavier objects than humans, without injury being a concern.

Bringing it all together

Cloud-based software allows manufacturers to integrate all safety technologies into one platform that can be easily managed and optimised.

Honeywell used the connected worker concept to develop its safety software.  The platform incorporates headsets that deliver automated voice instructions so that workers can keep their hands free.  It also has asset management functionalities to ensure that all safety-centred PPE is functioning correctly.

Bruce Willis and Robert Downey Junior were unlucky to be injured during filming, leading to damage that could perhaps have been avoided with health and safety procedures. Plant managers must make sure that their employees aren’t subject to unnecessary risk. Technology such as digital PPE, robotics and cloud-based safety software can be implemented to keep staff safe.

This article was written by Jonathan Wilkins, the Director of EU Automation. He is professional brand advocate and commercial marketing strategist focused on delivering growth via amulti-channel approach that multiplies the impact on business and also dedicated to integrating sales and marketing functions to enhance revenue generation across new and existing platforms.