IoT is driving the next industrial revolution 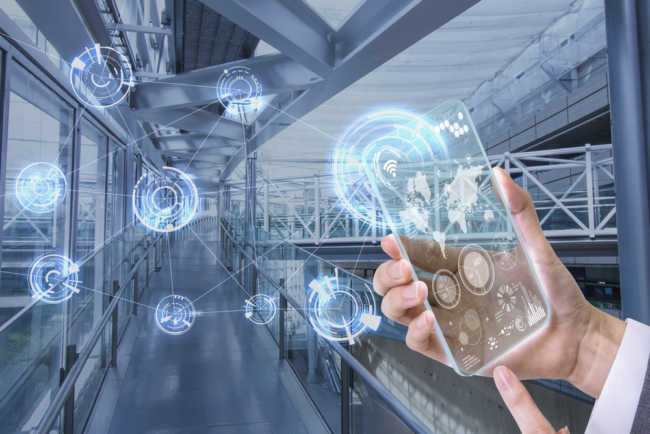 IoT is driving the next industrial revolution

IoT is driving the next industrial revolution. But hackers now see the supply chain as an easy target. The challenge: to mitigate the risk and drive more efficient, connected production, but without neglecting to invest in security and training – a topic very much in focus on the agenda at Internet of Things World in Santa Clara this May.

Manufacturing is expected to be one of the key growth areas for IoT over the next five years. It’s highly likely that manufacturers will come to depend on IoT to drive efficiency, inform the supply chain, and provide real-time fault-finding knowledge. That’s why so many analysts are heralding the age of IoT as the commencement of the fourth industrial revolution.

Now that 79% of us have some sort of smart device at home, like an Amazon Echo or a connected thermostat, we’ve become more comfortable with deep embedding of technology in our immediate surroundings. As trust has increased, the same tech has earned a place in business and industry. Now, it’s up to manufacturers to balance the opportunities and risks.

IoT allows machines, or components within them, to report back as to their status in real time. That presents huge opportunities for manufacturers; companies can instantly see where failures have occurred or detect likely problems on the production line before they take down production.

Alongside IoT, there’s also the potential to embed artificial intelligence, and we’re likely to see huge investment in machine learning as it becomes more accurate and effective. In particular, processes like quality control can be partially or fully automated, freeing up humans for more specialized tasks. Machines can be trained up to act as the eyes and ears of their owners, even learning to make decisions based on complex inputs from different parts of the line.

Reporting can be used internally or used to inform wider processes. For example, data from production can be fed through to other parts of the supply chain to ensure better efficiency end-to-end. Unfortunately, this connectivity is what makes IoT so attractive to hackers.

The idea of bringing down a production line can be a tempting prospect for a state hacker or a mischievous actor. Procuring data from within factories can also be lucrative, particularly when they’re producing products that are under wraps.

If they’re not looking to steal data, a hacker could look to the potential for disruption as a way to draw attention to a cause or political protest.

This risk is not new, but it is multiplied within an IoT-equipped environment. Each sensor within an IoT deployment has the potential to let in a cybercriminal. Our recent Internet of Things World report “What’s Keeping IoT Executives Up At Night,” surveying over 100 IoT VIPs and executives associated with the event and found that to secure their ecosystems, 68 percent of companies say they are regularly updating firmware and software, 43 percent are checking devices to see if physical access makes them vulnerable to hacking, 35 percent are making data decryption a default and 26 percent are shutting down IoT devices when they are not in use. Nevertheless, it just takes one outdated interface, or one poor password, or one software patch left unapplied.

If the manufacturing industry is to continue its process of transformation, it will need to invest not just in the tech, but also in the personnel to ensure that the tech is well maintained.

Keeping on top of a successful IoT deployment is all about managing network security. In essence, the task is no different from managing a network of regular networking hardware. It’s just that IoT devices tend to be more plentiful.

Some manufacturers are deploying IoT on their own network, segregating it from the rest of the infrastructure it maintains. This is a sensible first step, but there also needs to be resource for patching firmware, setting and changing passwords, and keeping an eye on the reports that are generated by the machines. Even the richest reports are no good if nobody is there to read them.

Finally, there needs to be a long-term view: training and tech must go hand-in-hand throughout the months and years to come. As IoT benefits businesses, it must also benefit consumers and society. IoT has the potential to conserve energy and raw materials, make businesses more ecologically responsible, and drive wider societal change, but it can only do that if it is adopted by companies ready to manage the accompanying threats.

This article was written by Zach Butler, the director of IoT World.