Is Internet of Things going to replace SCADA systems? 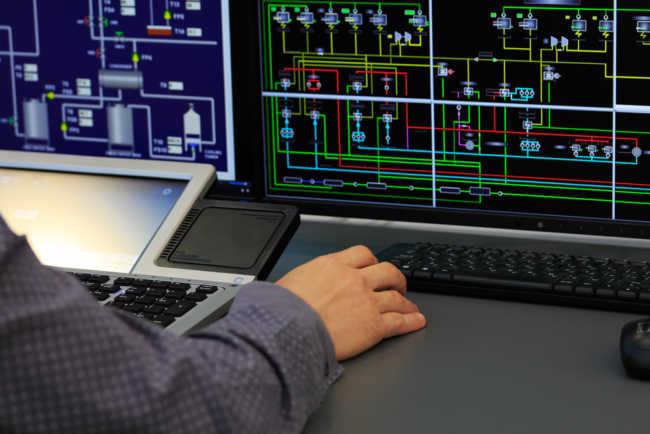 Is Internet of Things going to replace SCADA systems?

Industrial IoT and the connected factory concept are red-hot topics. Yet often, there is confusion among professionals in both on and offline discussions around the role of Industrial Internet of Things (IIoT) applications. Questions like, “Does Internet of Things replace SCADA?”, “Can the two be integrated?” and “What is the difference between IoT, SCADA & PLC?” always arise.

Essentially, Internet of Things  should be viewed as a technology that is implemented on top of SCADA. It makes things like scalability, data analytics, standardisation and interoperability realities.

So, does the Internet of Things replace SCADA, or Supervisory Control and Data Acquisition as the textbooks call it? With the implementation of IoT, Industry 4.0 and the interaction with the well-established SCADA systems, these questions of uncertainty are being raised more and more. For over 40 years, SCADA has helped various industries monitor and manage their applications and processes. It helps boost the efficiency of operations and reduce costs. Yet with technological advances expanding the range of both systems and monitoring methods available, and as the world connects via smartphones and internet cloud technologies, some believe that perhaps SCADA has had its day. Clodless IIoT: is this possible?

Co-founder and CEO of IoT.nxt, Nico Steyn, noted that “in fact, IoT is what’s going to bring SCADA systems to the next level. Instead of fighting against each other, the two technologies can instead integrate to push industry even closer to the edge.”

SCADA or Supervisory Control and Data Acquisition is, as the name suggests, a system of software and hardware that allows industries to control industrial processes locally or at remote locations, monitoring, gathering and processing real-time data. It also allows direct interaction with smart devices and human-machine interface software and records events into a log file.

So, SCADA is much like IoT. Yet Internet of Things, the shiny new technology, is developing faster than anything we’ve seen in recent years. However, SCADA is still an important concept in the oil and gas industry. Especially when it comes to monitoring offshore or onshore extraction processes or pipeline from a central remote location. It is used similarly in the mining industry to monitor environmental factors and to track assets. Power utilities use SCADA in Energy Management Systems (EMS) as well as Distribution Management Systems (DMS) to optimise the performance of transmission and distribution networks and to protect the grid network. Then, SCADA is also used by railways to control traction power supply, implement train control automation, and manage communication, electrical and mechanical assets at stations.

So, SCADA systems are still predominant within heavy asset industries. With three generations of SCADA – standalone, distributed and networked – some industries are starting to utilize what some know as the fourth generation SCADA application. Some also know this to be the Internet of Things. And, as the fourth Industrial Revolution is upon us, implementing fourth generation SCADA with the revolutionizing technology of IoT seems very fitting.

One technology that has been running relatively parallel to SCADA over the past few decades is the Programmable Logic Controller (PLC). The PLC is yet another form of technology that is believed to be becoming slightly outdated due to so many IoT developments within Industry 4.0.

The Programmable Logic Controller receives information from connected sensors or input devices, processes the data, and triggers outputs based on pre-programmed parameters. Essentially, a PLC can monitor and record real-time data such as machine productivity or operating temperature. It can also automatically start and stop processes, and generate alarms if a machine malfunctions.

Many of the functions of a PLC operate in correlation to those of SCADA and IoT. However, in Industry 4.0, programmable controllers are still being called upon to communicate data via web browser, connect to databases via Structured Query Language (SQL) and to the cloud via Message Queuing Telemetry Transport.

“We don’t believe that there has ever been, or likely ever will be, a technology that will be rendered irrelevant. When it comes to Internet of Things, the technology will rather enhance device capabilities and further technological developments. This will protect legacy infrastructure and future-proofing a plant or factory,” Mr Steyn added.

Scada – A partner in IoT

Ease of installation, reduced cost, increased data accuracy and worldwide remote control and monitoring are all things that IoT offers heavy asset industries. However, as IoT is a relatively new technology in relation to SCADA and PLC, its capabilities are naturally adaptable to modern industry demands. That being said, when SCADA began, it allowed manufacturers’ systems to work together in real-time, much like IoT is doing now. Therefore, it’s very much apparent that the strength of SCADA systems and its technological capabilities are still relevant even in industry 4.0. Where it falls short, however, is processing to the rest of a business to create a truly connected ecosystem. The question shouldn’t be about getting rid of or replacing SCADA, but rather SCADA, then what?

Currently, IoT is revolutionising SCADA by offering more standardisation and openness. IoT is also providing scalability, interoperability and enhanced security by introducing the concept of the IoT platform. Essentially, both platforms are used to increase overall productivity by integrating smart maintenance. As well as waste reduction, increase in efficiency, a decrease in downtime and the extension of equipment life.

More about What’s best for IIoT: An integration hub or an MQTT broker?

Information generated from SCADA systems acts as one of the data sources for IoT. SCADA’s focus is on monitoring and controlling. Whereas, IoT is more focused on analysing machine data to improve your productivity and impact your top line. IoT is essentially a culmination of advances in the connectivity of hardware and data networks that SCADA provides. As well as other cloud alternatives to SCADA, cloud computing and bit-data processing. In short, IoT begins where SCADA and PLC end.

So, while the IoT market is still in early production, it can coexist with SCADA. IoT is bringing about a wave of new business models and technologies that are changing the landscape of SCADA. However, the SCADA paradigm has always been one that is flexible to industry shifts.

Admittedly, the SCADA platform is lacking particular innovations, otherwise, the need for IoT would be far more subjective. SCADA is currently being influenced by IoT concepts and solutions that are quickly being integrated into SCADA architecture. This is done so seamlessly that we won’t ever notice a difference.

However, SCADA is still currently limited to the factory floor. Data taken from the factory devices are being viewed only inside the plant. Whereas IoT takes that data, offers insights to the user and makes it available anywhere, anytime. This, in turn, enables new business models to be created.

Steyn also noted that “without the supportive innovations that IoT offers the SCADA and PLC platforms, it is possible that these technologies could, down the track, lose some necessity as more technologies come along that don’t consist of the same integrative nature that IoT carries.”

How IoT can help

If you already have a SCADA system in place, you can integrate the IoT solution with your SCADA system and collect data from a Data Acquisition Systems (DAS) machine. By leveraging the power and scalability of IoT, you can use collected data to create a wide range of reports such as Overall Equipment Effectiveness reports, Production Data reports as well as utility reports (gas, water, power).

In the future, it’s likely that SCADA systems will evolve into those of IoT. Equipment and PLC will become more intelligent and will be able to integrate different cloud platforms. This will enable new security platforms that will further secure any data that is recorded. This means that improvements that will save money can be performed.

SCADA is more about allowing humans to interact remotely with a process. Whereas IoT is generally used as a machine-to-machine communication tool. Rather than something that exists primarily to present information to a human. That is just a small part of its process. IoT ensures that information is shared with both people and machine, rather than just people. In short, it makes sure that everyone and everything is kept in the loop at all times.

Scada vs IoT – The comparative analysis

In the end, both SCADA and IoT involve sensors and data acquisition. Although they do differ in many aspects, they both share the one common goal. The optimization of use and, eventually, better control over some devices or a process. The whole idea of a smart grid leads to SCADA and IoT integration. As SCADA is not a full control system, rather a computer system that gathers and analyses real-time data, it is useful in monitoring and controlling a plant or industrial equipment. It will gather information about a mishap, transfer it back to a central site and alert the home station. It will then carry out any necessary analysis and control and display the information in a logical and organized fashion for humans to then interpret and use accordingly.

The Internet of Things is made up of a network of physical devices connected via electronic embedding, software setups, sensor-actuators and network connectivity which all act together for the objects to connect and exchange data. IoT allows objects to be sensed or controlled remotely across different networking infrastructures. Therefore, it creates opportunities for more direct integration of the physical world into computer-based systems. This results in improved efficiency, accuracy and economic benefit and also cuts down on human intervention.

Both platforms offer an abundance of advantages, as well as some vulnerabilities. It is predicted that by 2020, 50 billion devices or things will be connected to the internet. Therefore, the dynamics of an Internet-based control system are becoming a living reality. Industry 4.0 is an era in which emerging trend automation and data exchange in manufacturing technologies are allowing for a shift from traditionally implemented SCADA to an IoT implemented one. With SCADA, cyber-physical systems, the Internet of Things, cloud computing and cognitive computing, Industry 4.0 is an era that will change the dynamics of the entire automation industry. Find out about the difference between AI and cognitive computing.

This article was written by IoT.nxt team and originally was published here.