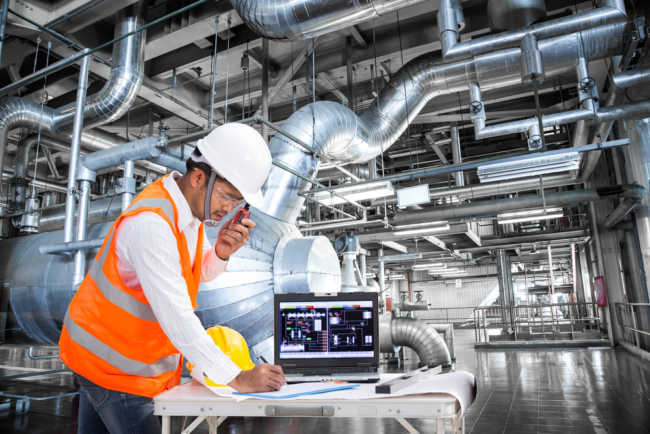 With the advent of the Internet of Things (IoT), industries around the world are undergoing a major digital transformation. In their 2017 research, Capgemini reported that smart factories could contribute an annual added value of $500 billion to $1.5 trillion to the world economy in the next five years. In parallel, manufacturers predicted that overall productivity would increase by at least 27% each year, and smart factories could account for up to 60% of all manufacturing plants by 2022.

As optimistic as it sounds, the realization of smart factory initiatives does not come without challenges. One of the first and biggest hurdles is found right where the IoT starts – gathering operational data at the edge and communicating them to the cloud.

Most legacy assets, machines, and facilities across industries were not designed to connect beyond plant networks, creating huge data silos within the factory. This leaves companies with two choices: building entirely new, greenfield plants with native IoT technologies or updating existing brownfield facilities for IoT connectivity.

The first approach is inherently cost-prohibitive. Typically, in auto manufacturing, a greenfield smart factory setup is estimated to cost from $1 billion to $1.3 billion – around 200 times as much as a brownfield one.Besides, as industrial systems are very capital intensive and have a lifespan of several decades, manufacturers often cannot replace them before their useful life is due.

So how can companies transform their brownfield plants into digital factories of the future? Below are three practical approaches manufacturers can adopt to IoT enable their legacy systems.

With a drastic drop in sensor prices in the last few years, outfitting existing infrastructure with smart sensors is probably the most cost-effective way to aggregate a wide array of data on the shop floor. The new generation of IoT sensors run on independent batteries that last for years, thereby greatly simplifying installation and maintenance requirements. An IoT gateway aggregates data from large numbers of remote sensors and communicates them to the cloud using standard web transport and messaging protocols.

Prior to IoT, sensors, and actuators had already been widely adopted for real-time automation and controls of many industrial machines and processes. These automation systems – managed and supervised by Programmable Logic Controllers (PLCs) – generate vast amounts of production data that can be analyzed to derive actionable insights.

Today, most brownfield PLCs and associated sensors operate in a local, closed-loop environment – without any capability to exchange data with the outside world. Since all process information is concentrated in the PLCs, getting them connected to the Internet would be a major leap in integrating existing operations systems into the Industrial IoT (IIoT).

While modern PLCs often come with an Ethernet interface, most, if not all older or less expensive PLCs adopt an almost bewildering range of serial communication and proprietary protocols. Any redesigns or modifications of PLCs to integrate add-on IoT connectivity or relevant interfaces are often unfeasible due to the extreme complexity and associated long production downtime.

Instead, a converter – that can, interface and extract sensor data from PLCs using automation-specific protocols, then communicate these data to the external world leveraging wireless IoT connectivity – could be employed. Such a converter acts as an IoT edge node capable of data transmission over long distances to an Industrial IoT gateway. This approach is non-invasive as it involves only minor changes and almost no interruption in functioning systems. It is additionally viable for connecting remote PLCs with wiring constraints.

Apparently, there is always the choice to completely substitute older PLCs with state-of-the-art, cloud-capable devices newly offered by major vendors like Siemens, Scheider, and WAGO. But the substantial investment and associated downtime cannot be underestimated.

Another way to upgrade current automation systems without sophisticated and expensive PLC reprogramming is to replace I/O modules with IoT-ready ones. I/O units are not necessarily embedded in a PLC and can be located farther away – in which case, they are referred to as Remote or Distributed I/O. Today, there are more and more possibilities to retrofit new, remote wireless I/O units in brownfield controls systems. Next-gen I/O modules integrate IoT connectivity and automation protocols in the same device to support both time-sensitive automation tasks and more latency-tolerant data transfer to the cloud.

As a final note, upgrading brownfield plants is a practical entry point on the path to digital transformation. Whether a single approach or a combination of these three approaches, it boils down to a reliable, cost-effective and least complex retrofit solution.

This article was written by Wolfgang Thieme, Chief Product Officer, BTI. Wolfgang has over 10 years of experience in academic research and development; successfully innovating and implementing new technologies with commercial partners and managing development and product teams. He worked in leading roles for technology-driven organizations advancing early stage technology development and technology transfer processes with a specific focus on integrated circuits, internet of things (IoT) and communication and sensor technologies.