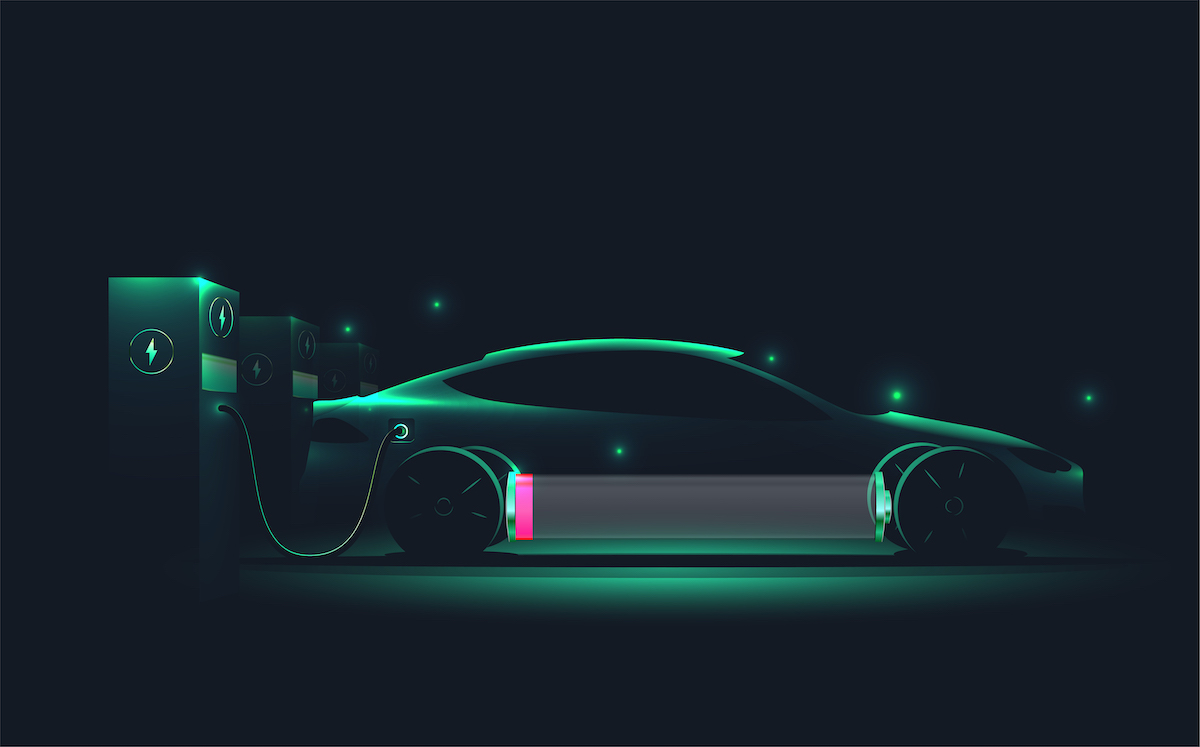 Applying electricity to transportation is nothing new. In fact, the first electric vehicle (EV) debuted in the United States in 1889 and by the early 1900s, EVs accounted for about a third of all vehicles on the road in the U.S.  But then the assembly line and cheap Texas oil paved the way to mass adoption of gas-powered cars, and by the 1930s electric cars were a thing of the past. But now they are an essential part of our future.

We are at the cusp of another golden age of e-mobility, driven by a warming planet and cities choked by pollution. We’ve arrived at this point through a very slow progression over the last couple of decades, rather than a rush to mass adoption. So it’s natural—and smart—for cities and businesses to ask, what factors will accelerate adoption past the tipping point? What will it take to develop a large-scale, sustainable electrified mobility system that provides opportunities for growth and profitability?

I believe there are six major factors that can be either barriers or drivers of adoption. If we address these issues with innovation and common purpose, they will be the keys to accelerating the growth of e-mobility:

Battery technology will be a gating factor

Today, batteries are one of the most expensive components in electric vehicles—accounting for about a quarter of a car’s overall price. While battery costs have dropped dramatically—from $1200/kWh in 2010 to about $175/kWh in 2018—there is still a long way to go before they can cost-effectively meet the needs of a mass market. The U.S. Department of Energy’s Vehicle Technology Office aims to spur the development of new battery chemistry and cell technologies that will cost less than $100/kWh, have a range of 300 miles, and take only 15 minutes to fully charge.  A new generation of fast direct-current chargers from my own company ABB and others are moving us closer to this goal.

National, state and city governments can greatly impact speed of adoption through a combination of carrots and sticks. To date, the U.S. federal and state governments have pretty much focused on incentives such as tax credits and rebates to make e-mobility more affordable for early adopters. While the U.S. has also put in place regulatory measures to encourage car manufacturers to reduce both carbon-based fuel consumption and emissions, we have some catching up to do. Around the world, cities have taken the lead by imposing strict emission standards in order to improve air quality.  They may start modestly by offering special EV parking in congested areas, or by restricting the use of older diesel cars and trucks in the city. But now several cities, including London, Paris, Brussels and Madrid, are taking a more aggressive approach by establishing “zero emission zones” (ZEZs) that will restrict traffic in their city centers to pedestrians, bikes, electric cars and delivery vehicles, and electrified public transit. These new regulations are certain to accelerate electrification of personal cars, light truck fleets and electric buses.

The lack of a ubiquitous charging infrastructure is a big barrier to adoption. I might be able to use my EV for my daily commute, but what if I want to drive across the state, or across the country? We’re at the awkward stage where potential infrastructure providers don’t see mass demand, and potential EV drivers don’t see an infrastructure that makes them confident they can just get in the car and drive. An EV won’t truly be a viable option for many people until charging stations become as common as gas stations are today. ABB is working with enterprising providers such as Electrify America in the U.S. and Fastned in Europe to help kick-start the move from a hydrocarbon value chain to an electron value chain.

The electrical grid will need to keep up with changing demand

Even at this early stage, we’re seeing the impact of increased demand on our electricity supply. You can’t set up 40 or 50 new chargers to support an electrified delivery fleet and just expect the grid to cope. We’re seeing dramatic shifts in urban electric load profiles. A recent analysis in Germany showed that without significant changes, adding personal EVs to current electrical demand will cause the transformer load to exceed the maximum transformer rating by 60% in 2040, causing widespread network failure. Meeting this challenge will require innovative peak management solutions and a shift to distributed generation, micro-grids, clean and renewable energy sources and large-scale energy storage capacity.

The ways we use vehicles are changing

Back in the 1950s and ‘60s driving the family car on the wide-open interstate became part of the American Dream. Mass production and cheap gas brought this ideal within reach of most people, and personal, door-to-door transportation became everyone’s expectation. Vehicle-centric urban design became the norm. But today those norms are changing. Led by young millennials, many people today prefer not to own a car. They may join a car-sharing service such as Zipcar for on-demand transportation rather than bear the expense of owning a car. Uber and Lyft have made ridesharing services ubiquitous in many cities—and in fact they are having a major impact on congestion at airports and in city centers. These new patterns of vehicle use will certainly influence our new mobility systems. Where will it make sense to use autonomous vehicles? Where will we need to develop new forms of public transit? What systems are needed to manage the power requirements of a car-sharing fleet?

It all depends on having the right commercial models

As we have seen, new mobility systems will introduce dramatic changes in electrical storage, infrastructure, generation, delivery and vehicle usage patterns. We need business models that can keep up. How will electrification replace the hydrocarbon value chain and who is going to pay for it? Who is going to profit from it? What new financing models do we need? What new electricity pricing models will make the economics work?  (Time-of-day electrical rates won’t do it.) What is the impact of digital technology, and how can digital capabilities enable new commercial models? A recent  analysis with a taxi company in Germany showed that small electrified fleet operators have a great opportunity to create new revenue by selling excess charging capacity to other EV owners during non-peak hours. That’s just one example of the creative thinking we’ll need to develop new commercial models for this new era.

Central to all of this is the growing convergence between connected data and electricity. New ways of generating, distributing, storing and consuming electricity are introducing tremendous complexity into our electrical systems. Connecting all these systems digitally will help sort out the complexity because as the electrons flow, so flow the data. Digital technologies can capture and analyze this data to optimize the flow of energy throughout the system. New AI models will help balance supply with demand and help to determine when to use power from the grid, and when to use it from local generation or storage.

Further reading: Are We Doing Enough to Secure the Power Grid?

The global energy industry, encompassing oil & gas, solar energy, wind energy, etc. is going through tectonic shifts, confirms McKinsey. One of the major contributors to this shift is technological developments, such as digital transformation and digitalization initiatives, which revolutionize

The development of digital and virtual video technologies in the energy industry enables companies to engage the support of international experts in a more sustainable way. Solutions like artificial intelligence (AI), machine learning (ML) and the Industrial Internet of Things (IIoT) 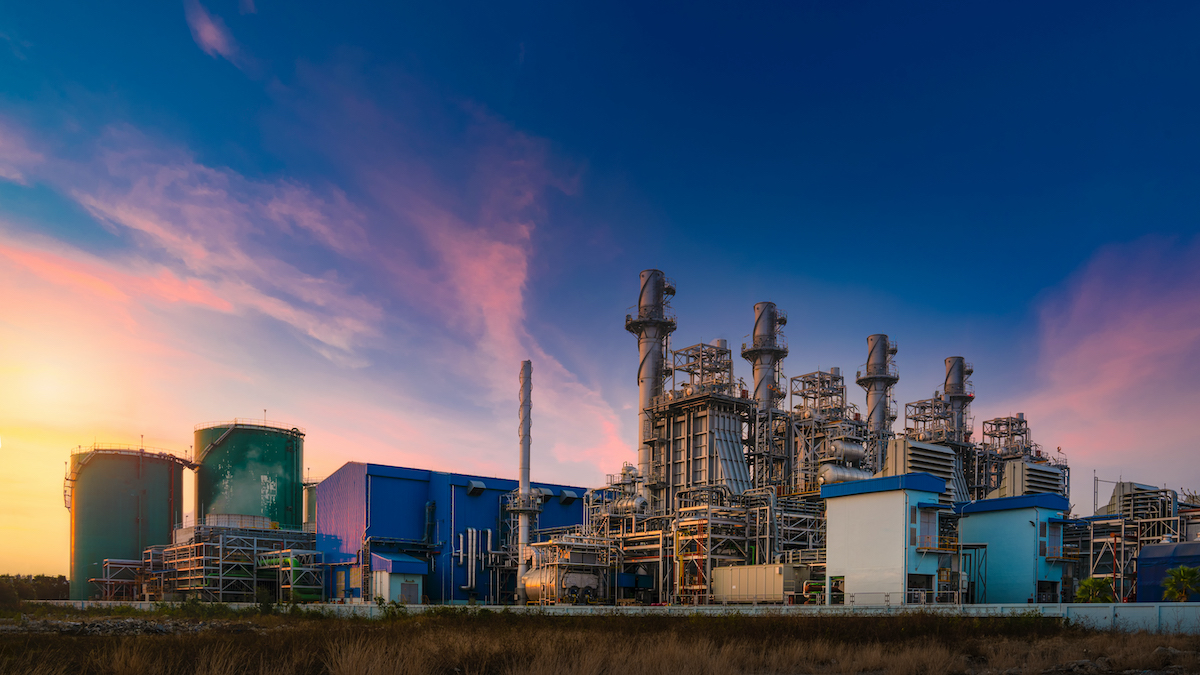 This report from Uniper takes a comprehensive look at Asia’s new energy future, including the key trends driving Asia’s energy transition and the integration challenge. Lastly, digitalization and building a digital business case are covered, along with real use cases