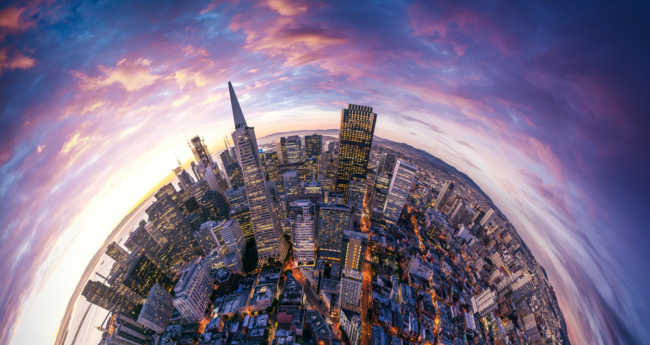 As a concept, ‘ smart city ’ has been on the agenda for the last decade to make the cities more productive, more sustainable and ‘smarter.’ According to a survey, annual technology investments in cities will be USD 34.4 billion on average until 2020.

The future is coming. Rapidly! I don’t know if the flying cars we used to see in sci-fi movies years ago will become a part of our lives, but there are dazzling developments. At a time when we are talking about autonomous vehicles, energy efficiency entered the cities’ agenda, and investments in this field continue without slowing down. We live in a world where cities compete not the nations. Countries and even investors that wish to bring in a new dynamism into the national economy, to become leaders in the re-shaped globalization with their investments in smart cities.

Dealing with the rapid urbanization

The world’s population is expected to exceed 9 billion by 2050. This growth brings the need for constructing new buildings, roads, and transportation systems. 75 percent of the infrastructure that will have been built by 2050 is inexistent today. Cities must already invest in an infrastructure that will bear for decades. With 1.4 million people being added to the urban population every week, cities account for more than 70 percent of the greenhouse gas emissions while traffic crashes claim more than a million lives every year with the highest number of traffic accidents happening in the developing cities. Moreover, air pollution is a severe problem in cities. Recently, the Mayor of London announced that the city center would be closed to traffic. Paris, Mexico City, and New York City are among the other cities that plan to close their downtowns to private vehicles.

Cities are the solution to global climate change

Another reason why the cities are always on the agenda is the fight against climate change. While there are the countries that sign many international agreements, it is mostly the cities that must take action and that are required to put in place the required practices. This year’s United Nations Climate Change meeting of the Parties was held in Bonn, Germany. In its essence, the discussions were focused on how to take firm actions towards implementing the Paris Climate Change Agreement, which had been signed with great enthusiasm in 2015. Paris Agreement is a text where all countries strive to cut down their emissions intending to limiting global warming to 1.5°C in the latter half of the century. All nations except Syria, Nigeria, and the United States committed under this agreement.

Financing the smart and sustainable cities

Since 2015, India, China, and Europe have stood out in meeting these commitments. India announced that all vehicles would be electricity-powered by 2030. Massive investments are being made in solar energy as low carbon transportation solutions are increasingly implemented in densely populated cities. 100 cities with populations of more than 100,000 are launching a “smart city program.” Nearly $ 1.9 billion will be invested for the smart city program. Only 15-20 percent of the total cost to be covered from public funds with the rest financed by the private sector.

As cities rapidly adapt to changes, the issue of financing emerges. There are many successful examples of the economic gains to be achieved with the implementation of the sustainable solutions in the cities.

BRT/Metrobus: The initial financial return of Johannesburg’s bus rapid transit system was USD 900 million, Istanbul system stands out as the most successful example among its peers, leaving behind Johannesburg and Mexico City. The most significant gain of Istanbul’s Metrobus is the reduction of travel time from 2 hours to 45 minutes.

Energy efficiency in buildings: Singapore will cut back on power consumption by 22 percent with improvements in 80 percent of the building stock through its energy efficiency program, ‘green mark,’ in buildings by 2030 while the net savings are expected to amount to USD 400 million.

Cycling: Copenhagen calculated that a Cycling Super Highway would introduce a 19 percent ROI per annum.

A city that has until recently came up with news of its jazz festival, Montreal is also standing out with its smart city project. When you enter the city’s website, you are greeted by a message that reads “Welcome to the smart and digital city of Montreal.” It was given the “Smart City Award” in 2017 by FIA (Fédération Internationale de L’automobile). Its strategy aimed at full electrification of transportation in the 2016-2020 period, urban mobility management center and its “Vision Zero” urban road safety strategy that aims to eliminate accidents involving death and injury brought Montreal the award.

There is no easy answer on how to finance the projects making cities smarter, sustainable and livable. There is no unique solution to fit for all either. Sure, transforming cities into seamless smart ecosystems and improving quality of lives with the sustainable & smart solutions needs enormous investments. If we insist on ‘business as usual’ approach, the cost of urbanization will be even higher in the future. The total cost of traffic congestions for Rio de Janeiro and São Paulo was USD 43 billion only in 2013. This figure is the equivalent of 8 percent of the GDPs of both cities. In Beijing, the cost of traffic jams and air pollution is estimated to be somewhere from 7 percent to 15 percent. According to the National Climate Economy’s study, the most sprawled American cities spend an average of $750 on infrastructure per person each year, while the least sprawled cities spend close to $500. The cost of living sprawled communities costs USD 400 billion per year in the US. In Istanbul, traffic congestion costs us approximately USD 1.5 billion, 14 percent of the Istanbul Metropolitan Municipality’s budget.

Would you have thought five years ago that Bill Gates and Elon Musk will roll their sleeves to create smart cities?

Internet of Things and smart city technology, which describes a broad technological integration at the city level, has been a concept that has drawn the attention of designers, IT specialists and urban planners who wish to make cities more efficient, more sustainable and smarter. According to a survey, annual technology investments in cities will be USD 34.4 billion on average until 2020. Reports that Bill Gates would build a smart city in Arizona with an investment of USD 80 million made a tremendous impact in the digital world. 80,000 housing units, a commercial district, and schools, the planned smart city will have autonomous vehicles, autonomous logistics centers, high-speed Internet, and intensive use of technology in production and distribution. Arizona was reportedly selected because of its leading position in the United States in urban planning and development with solar power, power distribution systems, autonomous vehicle tests, high-speed Internet and data centers. In Melbourne, Elon Musk’s Tesla Town is developing. Tesla will build a suburb with 2,500 houses featuring rooftop solar and electrical charging stations, energy efficient lighting systems, and energy storage systems. Tesla’s system will supply the entire energy requirement of the Yarra Bend neighborhood where the project is being developed. More than a single technology- focused planning, the designed plan includes bicycle roads, mass transportation, large green areas and parks similar to those in northern countries while bus stops and the subway station is planned to be in walking distance. The houses in the neighborhood will carry a price tag of nearly USD 2 million.

Companies will also need to adapt to this transformation and change their business models accordingly. As we all know, competition has not been a local phenomenon for a long time. That’s why you will remain outside this revolution unless you see the contribution into your business life of the web, social media, and fiber optic networks. This transformation is not a concern of only technology firms. Many industries ranging from construction and energy industries to financial institutions and health systems will need to transform. Development of new mechanisms and incentives that would support creativity and new ways of doing business will also enter the agenda of the private sector companies.

This article was written by Arzu Tekir, a business strategist working with the leaders of the cities and organizations to create a positive change. She has eighteen years of work experience in strategic planning, business development, strategic partnership development, and record of raising millions of funding dollars for large-scale public and private sector projects.