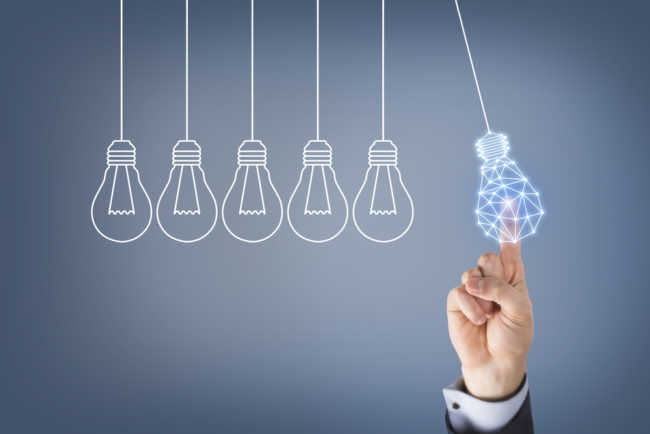 In this new world of Industrial IoT, your Edisons will help you succeed.

“We only had about 1000 failures to invent the light bulb”. Thomas Edison’s incremental problem-solving approach through experimentation made his inventions meaningful to the whole of society. From the motion picture camera to the phonograph to the light bulb, his inventions are more product and customer-focused and takes practical constraints into consideration. We are on a cusp of a new Industrial Revolution powered by the Internet of Things. Access to real-time data from machines not only can make the machine better but everything around it safer, efficient and productive. What can we learn from Edison and how can we apply his techniques? How can Edge, Analytics, Cloud and Edison’s principles help accelerate innovation today?

Start With Lots of Ideas

Edison said, “To have a great idea, have a lot of them”. In the past, whether you were a tech startup or an enterprise product team trying to launch a new tech business, there were huge barriers to starting a new venture. It was prohibitively expensive to procure the servers, software and necessary IT equipment to just experiment and test whether the new idea was worth pursuing. If the idea failed, that failure came with a massive price tag that further impeded innovation. Today, ideas come from everywhere. They do not just come from senior management or engineers but so often from your users or your customers. With access to virtually unlimited cloud and serverless resources, instead of following your intuition and picking a focus, you can start with multiple ideas in parallel and experiment in a variety of directions knowing that not all will succeed. Start with a lot of ideas and see which ones you would like to zoom in on to go big. You will learn from the ideas that fail and those lessons will propel you in the right direction. Smart innovators know they must deeply study their failures to improve and succeed. In the Industrial world, start with connecting your industrial assets and getting basic utilization (On/Off stats, Usage, Vibration, Temperature along with its Timestamp) stats. You will be surprised when you just get basic data across the fleet, you will know the direction you want to go.

Build Upon Your Machine Learning Projects; Not just another Science Fair Project

Edison said, “I readily absorb ideas from every source, frequently starting where the last person left off.” The best part of Edison’s invention methodology was its incremental nature and continuous experimentation. We can’t predict the future, so we have to experiment. a lot. as ideas come from everywhere. Through trial and error, Edison learned from every failure. Each failure was a success in the right direction. It is believed that Edison had more than 1,000 failures before the magical moment in October 1879 when he finally lit the carbonized cotton string and invented the light bulb. A meaningful invention is directly proportional to the number of experiments and the number of experiments is directly proportional to the number of failures. Build upon your previous work of machine learning rather than simply treating it as a one-time (data-crunching) science fair project that is never put in production. In the Industrial IoT, start with basic insights, evolve into predictions and then recommendations. At Hitachi, with help from powerful data alchemists, we were able to focus on Remaining Useful Life Estimation (How much life is remaining before failure?), Maintenance Effectiveness (Was the activity and timing for your maintenance effective?), Operator Behavior (What is the right training for the in-efficient operator so he/she is more efficient and productive) and machine profiling (What is the most optimum operating conditions for your industrial equipment for maximum production and longest life?), Repair Recommendation (Which part is more prone to failure and what are top 5 recommendations to fix it?). We were able to build upon our previous failures (learnings) and invent. More about Why 85% of Machine Learning Projects Fail and how to avoid this.

Edisons said “Anything that won’t sell, I don’t want to invent. Its sale is proof of utility, and utility is the success.” Edison’s relentless focus on customers-obsessed innovation sets him apart from others. His zeal to release early, getting it in hands of the customer early, and implementing it at the scale, at a price that business can afford is what makes him different. A meaningful invention starts with the customer and has a deep understanding of customer needs. In the past, inventions were stuck in the R&D departments for years before they were crystallized into products and put into the hands of customers. If you are in the software and services business, you want to get your product to customers as quickly as possible. We need instant feedback, not instant perfection. It is ok if the first version does not have all the bells and whistles. Releasing early gives you more time to focus on creating differentiation and gaining competitive advantage. The speed of innovation matters. When you are releasing early and releasing in small chunks, iterating quickly becomes essential. When developing the light bulb, Edison actually conducted over ten thousand rapid iterations before getting it right. While iterating quickly and adding new features, you can take your product in the direction where your customers would like it to go, without losing them. Don’t be afraid to get feedback from customers early in the process. At AWS, while services are battle-tested, they lack features at launch time. That’s by design. Once they are launched, the team iterates at break-neck speed to release new features quickly. When you make a mistake, if you focus on the speed of iteration, you can also iterate your way out of it and reinvent completely new products. Hence, as John Byod suggests, the speed of iteration beats the quality of iteration. Moreover, customers respect freshness. When they see regular and frequent updates and know that you are continuously working hard to make the customer experience better every day, it instills trust. In order to iterate quickly, you have to measure relentlessly. Edison said “When I want to discover something, I begin by reading up everything that has been done along that line in the past — that’s what all these books in the library are for. I see what has been accomplished at great labor and expense in the past. I gather data of many thousands of experiments as a starting point, and then I make thousands more”. Iterating quickly on the data-backed decisions ensures your path to success.

In this new world of Cloud-powered Industrial IoT, we need more people who love to innovate within constraints. Simply put, we need more Edisons. They are able to expand their knowledge, adapt quickly and change their perspectives and expertise from one field to the other. They like to try a number of ideas in parallel, run experiments, measure relentlessly and learn by failing quickly. As the new Industrial IoT revolution unfolds, IT-focused Edisons can produce innovative customer-focused, data-inspired solutions by releasing early, releasing often in small chunks and iterating quickly and accelerate the rate of innovation. If you are a CIO in a large enterprise or an entrepreneur, focus on the Edisonian approach to innovation, look out for those Edisons within your company, then empower and reward them to ensure success.

This article was written by Jinesh Varia. He is currently the CEO of Industrility. Jinesh joined AWS when AWS launched its first service Amazon S3, back in 2006. After working for 10 years at AWS primarily leading product management and evangelism teams, his last role at AWS was to launch AWS Mobile Services, AWS IoT, AWS IoT Button, and the Hardware Kit Ecosystem.