Public Bathrooms and the Future of Power

Public Bathrooms and the Future of Power

It’s hard to imagine public bathrooms – those at airports, sports venues, and casinos – as hubs of innovation. But that’s exactly what they are. Truth be told, I didn’t care about these bathrooms before I joined Wi-Charge, except when I needed to use one. Now, I developed a different perspective.

These touch-free devices are attractive for sanitary reasons. They run on batteries because routing power cables in public bathrooms is complex. It’s a water-rich environment. Very often, operators retrofit existing bathrooms with battery-operated devices. Using batteries avoids the need to rip up and re-tile the walls to run the cables.

Vendors for these battery-operated devices worked hard to optimize for long battery life. In an airport with thousands of devices, longer battery life means less maintenance. Less maintenance means more savings both in hours as well as in battery costs.

Then, the IoT revolution showed up. Suddenly, a faucet is not only a faucet. It is also a sensor. Faucets want to report how often they were used. Soap dispensers report how much soap they dispensed. Facility managers can view how well these devices are doing without visiting each bathroom.

Why is this useful? It is for several reasons:

Wireless power is the solution. It delivers plenty of power to the power-hungry devices and can do so without routing wires. It is the perfect solution to the next wave of innovation in public bathrooms.

This article was written by Yuval Boger, the chief marketing officer of Wi-Charge. Boger has served as chief executive, chief marketer and evangelist for technology companies from seed stage to NASDAQ. He led business and product development programs that generated over $200 million in revenue. 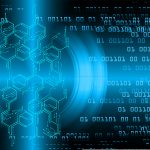 In recent years, some manufacturers of IoT sensors and small battery-powered devices have embedded solar panels in their products. The panels harvest energy from ambient light and use this energy to charge the battery, thus extending the time between battery 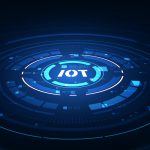 The Internet of Things (IoT) represents an exciting period of innovation in our lives. It describes a world of devices all connected to the internet, a world in which inanimate technology that we use and see every day is becoming

[Report] Industry 4.0: Maturity of Adoption and Its Impact on Sustainability and ESG