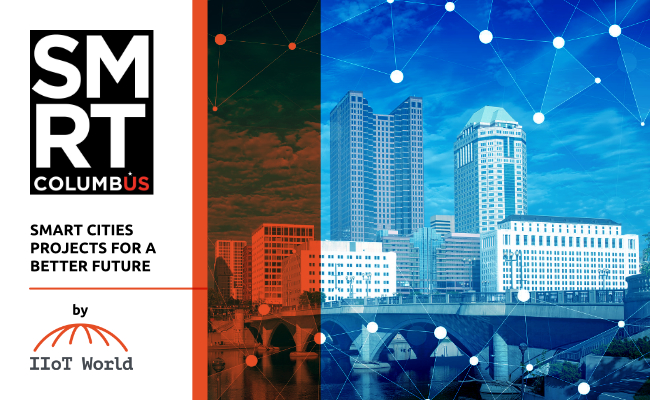 The Smart Columbus project started with the mission to accelerate human progress through open mobility. Essential to developing a smart city was not only data collection and state of the art technology, but also the ability to serve and involve shareholders – its residents. With a purpose to include citizens and make them part of the future, Columbus has developed a brand, Smart Columbus, which serves as an outreach mechanism aiming to inform, educate, and involve residents, as well as a model for connected cities of the future.

Smart Columbus is aiming to drive economic growth, improve people’s quality of life, foster sustainability, and improve safety. One fundamental approach in “becoming smart” is embracing the reinvention of transportation to accelerate human progress and serve as a role model for other cities around the world.

The project gained momentum after winning the first-ever Smart City Challenge by the U.S. Department of Transportation’s (USDOT). The city of Columbus was designated America’s Smart City. It received a total of $50 million in the form of two grants: $40 million from the USDOT and $10 million from the Paul G. Allen Family Foundation.

Just like any city, Columbus was facing some significant challenges in mobility, energy consumption, high rates of emissions, city operations linked to weather response plans, and community-related issues such as the use of green mobility options and smart lifestyle choices.

Specifically, the smart projects addressed critical points in the development of any city of the future: economic growth, improvement in quality of life, sustainability, and safety.

Extending to the community and understanding how residents could have been educated and involved were challenges. Demonstrating the technology was vital in creating traction and later outreach to the community.

The critical determinants from which Smart Columbus started were centered around mobility and energy consumption reduction with a focus on reducing emissions from transportation with new mobility programs.

One difficulty in addressing the challenges mentioned above was leveraging data to make real time decisions directly impacting citizens. On an operational level, the flow of data gathered from both private and public institutions had to be managed in a future-ready system with more affluent inputs. Therefore, addressing all challenges above began with creating an operating system. Partnerships with various players in technology sectors were vital in implementing the process. Still, the difficulty of juggling between large corporations and start-ups remained.

Combining data and technology was just the first step in the process. Educating citizens towards a smart lifestyle and helping them adopt such solutions was another one. Bringing residents onboard is an ongoing addition to the process.

Components that define smartness in designing a smart city, according to Frost & Sullivan, are parameters for functional areas such as governance, energy, buildings, mobility, infrastructure, healthcare, and citizens. The city of Columbus has successfully integrated many smart components in its objectives.

“Smart Cities – Projects for a Better Future” is a new IIoT World’s initiative. Its goal is to spread the word about cities around the world that have deployed smart cities projects by now or are in the process of implementing IoT technologies that will improve people’s lives. Download the profile for Columbus city to see a list of projects that  makes or will make Columbus in a near future a better place for its residents.

As part of this campaign, we also interviewed Mandy Bishop, Smart Columbus, Program Manager. More insights in the video below