The Future is neither cloud nor Edge – it is both! 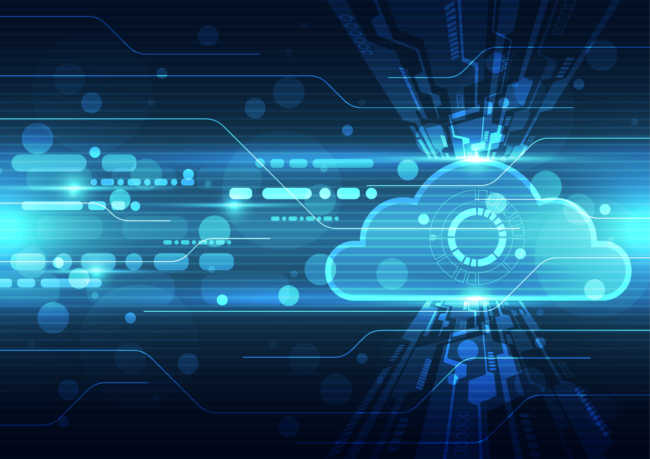 The Future is neither cloud nor Edge – it is both!

The cloud has transformed how we use technology. Of that there is no doubt. But as we have grown attuned to it for the IoT market, complexities arose. Once we moved past the exciting unicorn cases, practical issues reared their head. This has helped bring a renewed interest for the edge, where ever-more adept devices are handling tasks we’d normally assign to the centre, to the cloud.

But this is also an interesting pendulum swing, for we were effectively moving from the edge to the centre and now from the centre back to the edge. Did the cloud fail our overall expectations, leading us to look elsewhere for solutions… or is something else going on here? Will the edge start to replace the cloud? How will the relationship between the two play out?

There are two popular deployment strategies currently in the market, which I can illustrate through the example of machine vision – that being the ability to give a device visual recognition capabilities. One is to have edge devices such as cameras that are loaded with processing power. They can do most of the heavy lifting before the data is sent to the centre. The second strategy is to use dumb cameras that feed data to an intelligent cloud, which then makes sense of the visual data.

Both have pros and cons. Smart edge devices are fantastic, but also expensive and often won’t complement previous investments. The cloud can empower older ‘dumb’ devices, but this comes with latency and massive data costs to consider. It is also not entirely possible to replace the cloud with the edge, not if you wish to tap the levels of Machine Learning (ML) being enabled by the centre.

But I don’t think it’s a case of either. It will be both, and by doing so we can solve a larger problem in the IoT space: interoperability and standards.

Let’s say you have five dumb security cameras. You can connect those to the cloud through a series of steps that layer complexity onto your ecosystem. But we prefer a gateway approach: connect all five to one smart gateway, which then interacts with a single platform. This is what we’ve been doing with the Raptor gateway and IoT.nxt platform.

The platform connects to the cloud, where the development of the ML capabilities live. These can crunch the data coming in, but more importantly, that ML capability can then be assigned to edge devices. Think of it as alpha and beta: the alpha ML algorithm stays in the cloud, but it is exported to the edge as the beta ML algorithm. The edge ML is capable of handling many tasks, deferring that which it can’t to the cloud ML. The cloud algorithm is continually being developed and the edge algorithm is periodically updated to that new standard. then a third dynamic algorithm can eventually make the decision of what happens where. To us observers, it will become a seamless environment.

This relationship is already being bred, evident by ‘AI’ chips being introduced in flagship phones. But it doesn’t even need to be that sophisticated. Intelligent gateway devices, combined with platforms, are ever more capable of orchestrating these events. As the edge rises in prominence, I believe there will be an overemphasis, then the relationship will normalise. Edge and cloud will blur.

Focus on the platform

This is an opportunity for the platform.  Companies need a single set of accurate data that is interoperable across all systems, verticals, geographies and  equipment.. But this cannot be accomplished using the he old school way of deploying a rigid behemoth structure – you need to allow for agile business models and product development. But that is tricky when everything is forced through the eye of the needle of governance and standards 1000 miles away from where the value is being added.

For example, how do you modernise your company and your value chain, especially over different territories? Enforcing equipment and technology standards is self-defeating, as they fit differently with different places. A vendor cannot serve you equally everywhere, especially if you have a global footprint.

But with a platform view, that becomes moot. You can change components and services in the edge and cloud with little fuss. You flip it: choose the best vendor for your factory in a region, while the partners such as IoT.nxt make sure the platform is the universal interpreter through which those services liaise. That’s the future of digital. People don’t want to be locked into providers anymore.

So our view is, instead of standardising your operational technology or cloud deployments, choose the best-fit-for-purpose product and services in your market, then use a platform that allows for seamless integration. This will enable the business to still control standards and governance, but not lock it into the orbit of complexity caused by system refreshes and shoehorning your business environment into the vendor landscape. It also enables legacy equipment and lets companies focus on the technological specifics that drive their business, not the technical debt that usually results from that need.

Modern agility focuses on services to the business, less so on the many components that enable those services, because these will change over time. Consistency is built around the platform orchestrating the right data for those services and business functions. That’s why it’s important to move away from the conversation of normalising our standards to moving into a conversation of interoperability. There will always be different players, vendors and equipment. You need to be able to quickly plug-and-play these to stay relevant in the future.

That I believe is the opportunity of the edge and cloud’s synergy. It’s not one over the other. It’s both, with an intelligent platform in the middle that holds it all together and can broker the data.

More about Cloud Enablement and IIoT: An interview with Ian Kanski, CTO of UrsaLeo

This article was written by Gareth Rees, the head of global partnerships for IoT.nxt, a next generation industrial internet of things business. In this role Gareth is responsible for the global scaling strategy and enablement of go to market partners in all global territories.