Smart Cities – what’s in it for citizens? 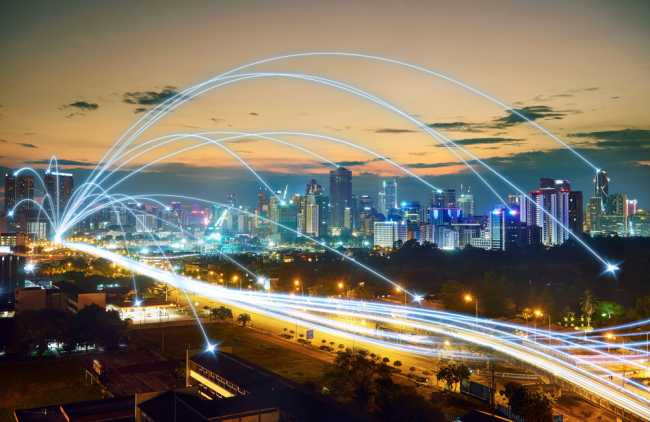 Smart Cities – what’s in it for citizens?

Connected technology is ushering in a new era of smart cities, which promises to improve the quality of life for billions of people around the world.

Smart cities — which are using technology to make urban areas safer, more efficient, and more livable — represent the transformative power of the Internet of Things. Now, as the new 5G wireless standard is deployed, data transfer will be even faster and more reliable. The transition from 4G to 5G will facilitate the shift to ubiquitous connectivity.

A report from Juniper Research, sponsored by Intel, looks at the evolution of smart cities in the context of mobility, healthcare, public safety and productivity. The report shows the potential to save city residents three weeks of time every year when smart technologies are deployed, underscoring why city-dwellers may soon be pushing for cutting edge IoT solutions.

Other useful resources: Top 20 Internet of Things Research Frontiers of the Leaders

Singapore tops the list of smart cities, according to Juniper. But other major metros, including New York, San Francisco, Chicago, London, and Seoul are all on the list of top cities implementing technology solutions to improve mobility, health, safety, and productivity.

Many smaller cities are also embracing IoT. For example, San Diego has deployed an intelligent network citywide in an effort to optimize traffic and parking, and facilitate better energy management.

“Fostering innovation and improving infrastructure are important to enhancing the lives of all San Diegans,” says San Diego Mayor Kevin Faulconer. “This new technology will give the city and developers the opportunity to make our neighborhoods safer and smarter.”

The network in San Diego will include 3,200 intelligent sensor nodes that are turning street lights into connected devices. These nodes run on Intel IoT technology, Intel Atom processors, and Wind River software. The system has the ability to extract massive amounts of data, and to produce intelligent analytics in near real-time.

San Diego’s use of smart technology is indicative of how connectivity can benefit a city. San Diego did not just install cameras for public safety reasons. Their system has the potential to handle everything from traffic management and smart parking to license plate recognition and pedestrian recognition.

San Diego has a scalable solution. It will get better over time as computer vision and artificial intelligence updates are made over-the-air. So, instead of thinking of a camera as a camera, think of it as a combination of an eye and a brain for the city.

Smart Cities is now more than a concept…increasingly it is a reality. For more articles on smart cities on our website, click here.

This article was written by Sameer Sharma, the Global GM (New Markets/Smart Cities) for IOT Solutions at Intel and a thought leader in IOT/Mobile ecosystem, having driven multiple strategic initiatives over the past 19 years. Sameer leads a global team that incubates and scales new growth categories and business models for Intel in IOT and Smart Cities. Sameer has an MBA from The Wharton School at UPenn, and a Masters in Computer Engineering from Rutgers University. He holds 11 patents in the areas of IOT and Mobile. Read the original version of this article here.