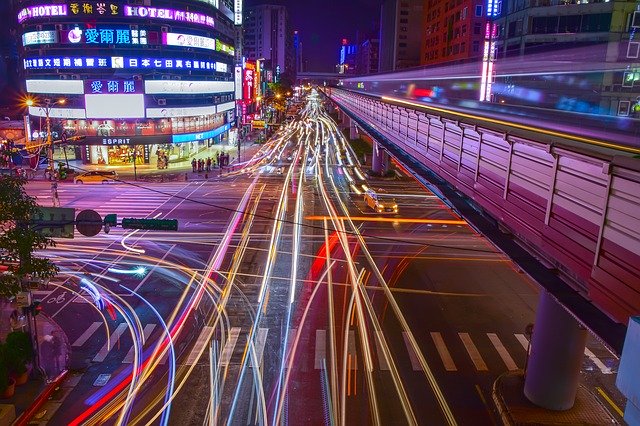 Internet of Things implementation into smart city systems is about to take another big leap forward soon, especially while the IOTA platform keeps on providing new ideas and solutions for smart cities.

Let’s explore how valuable the use of IoT technologies is for modern city development and which solutions are already implemented into life.

Smart cities and risks of hacking

A smart city is one of the most complicated and promising use cases of applying IoT into everyday life. Its purpose is to improve the quality of citizens’ lives using IoT technology.

One of the major ideas behind the smart city concept is to create an efficient and secure network that:

To arrange such a network, we not only need to connect various physical devices to the urban IoT network but also think of ensuring secure communication between them.

According to ABI Research, over half of US$135 billion projected total cybersecurity spending will be done on protecting smart cities in 2024.

The researchers are concerned about several smart city vulnerabilities, which can allow hackers to compromise sensitive data. Such weak points are:

IOTA is a revolutionary new blockchain-based platform for transaction settlement, specifically designed to be integrated into IoT systems.

Its distributed ledger solution, called the Tangle, is based on the directed acyclic graph and can overcome some significant challenges of conventional blockchains.

Although IOTA uses the Proof of Work (PoW) concept, it doesn’t need any miners, unlike Bitcoin and Ethereum. Tangle offers another way to reach consensus. Each network node confirms two randomly chosen blocks that are still unapproved in the Tangle whenever they make a new transaction.

The major IOTA benefits for using IoT based solutions are:

In 2018, IOTA introduced a new lightweight trinary cryptographic hash function called Troika. Developed together with leading experts in cybersecurity, it can potentially address the issue of insufficient cryptographic measures in smart city systems.

Moreover, IOTA is more resistant to spamming, DoS, and DDoS attacks than traditional blockchains due to the difference in its network topology and protocols.

Several of the most advanced cities in the world have already started implementing the concept of smart cities.

For example, Singapore is considered as the world’s smartest city with its innovative healthcare ecosystem, free public housing, and impressive transportation infrastructure.

In 2019, several Singapore-based startups announced their plans to enhance the smart city systems with blockchain-powered solutions. In the future, Singapore citizens are expected to get digital wallets, secure payments, general insurance, and healthcare records handled by the distributed ledger systems.

Although IOTA Foundation is a young company established in 2017, some of the cities have already started choosing the IOTA platform to implement smart city projects into life.

In 2018, Taipei City Government signed a memorandum of cooperation with IOTA to create a blockchain-based sightseeing application to attract more tourists.

Also, IOTA participates in the Taipei City Hall Waste Management project. The Tangle will be used for storing data collected by IoT sensors that will measure the fill levels of their waste bins in real time.

Austin, a city in Texas, is becoming a smart city pioneer in the state after the 2019 Texas Smart Cities Summit, sponsored by IOTA. The transportation department in the city of Austin has recently partnered with the IOTA Foundation. The goal of their collaboration is to use IoT and blockchain to improve the interoperability between various transportation systems.

Building a comprehensive smart city network is tricky, while you have to keep lots of essential details in mind. Such smart building technology systems can control everything: street cameras, traffic lights, city water supply, handling the provision for buildings, waste management, air quality sensors, and even educational systems.

Here are a few critical requirements that a comprehensive smart city IoT application should meet:

Using traditional blockchains to connect numerous sensors seems almost impossible, while transactions in Bitcoin, for example, are not only too slow but also quite expensive because of mining operations. IOTA, on the contrary, is developed specifically for operating IoT systems and requires quiet low expenses compared to traditional blockchains.

Our team has developed a concept of the possible architecture of an IoT smart city solution based on the IOTA platform. This application consists of the following three levels:

Being an open-source protocol, IOTA allows everyone to create their own solutions in the network.

In my company, we also have used the opportunities provided by the IOTA platform to develop a solution for automated toll road payments. This concept offers a prototype of a system that simplifies and accelerates toll payments. When implemented, this approach allows drivers to conduct payments automatically once a car is reaching a toll station. More about What Is a Smart City Platform?

The article was written by Dennis Turpitka, the Founder and CEO of Apriorit, a software development company that provides engineering services globally to tech companies, including Fortune 500 tech giants.