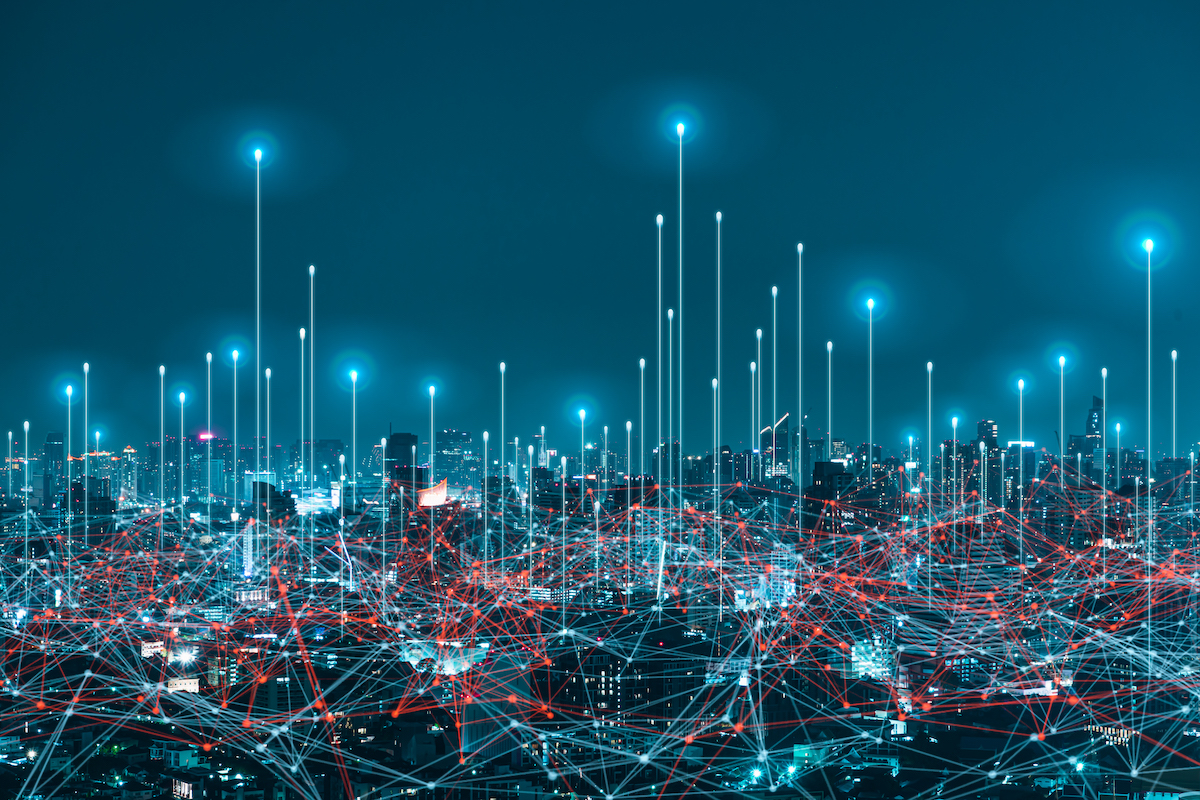 Cities around the world are getting “smarter” everyday through the implementation of Internet of Things (IoT) devices. “What exactly does it mean for a city to get smarter?” you ask. According to Kate Meis of Green Biz, “Smart cities are communities that are building infrastructure to continuously improve the collection, aggregation and use of data to improve the lives of their residents by harnessing the growing data revolution, low-cost sensors and research collaborations, and doing so securely to protect public safety and individual privacy.” (“3 ways IoT is Already Making Cities Smarter,” GreenBiz.com, June 1, 2016)

In practical terms, this means that cities are using low-cost sensors and WiFi-enabled smart devices to “talk” to people and cities. These IoT devices provide local leaders with real-time data about community needs, and city managers use this information to create transformational solutions to make crowded cities more manageable and more affordable for everyone.

In Los Angeles, where traffic has been a tremendous urban problem for decades, data from an array of magnetic road sensors and hundreds of cameras feed through a centralized computer system to control 4,500 traffic signals citywide to help keep traffic moving. Completed in 2013, the $400-million system is credited with increasing travel speeds around Los Angeles by 16 percent, and shortening delays at major intersections by 12 percent. (Meis)

In San Francisco, SFpark uses wireless sensors to detect parking-space occupancy in metered spaces. Installed in 8,200 on-street spaces in the pilot areas, the wireless sensors detect parking availability in real time. In 2013, two years after launching SFpark, San Francisco published a detailed report showing that the program reduced weekday greenhouse gas emissions by 25 percent. Traffic volume went down, and drivers cut their search time nearly in half. By making it easier for people to pay for their parking and reducing loss due to broken parking meters, San Francisco also increased parking-related revenue by about $1.9 million. (Meis)

In 2011, Autolib debuted an electric car sharing program in Paris that has grown to over 3,000 vehicles. The connected cars can be tracked via GPS, and drivers can use the car’s dashboard to reserve parking spaces in advance, saving time and reducing the waste associated with long searches for parking spots. (Meola)

Copenhagen uses sensors to monitor the city’s bike traffic in real time, which provides valuable data on improving bike routes in the city. This is crucial, as more than 40% of the city’s residents commute by bike each day. (Meola)

To save water, the drought-plagued town of Fountain View, California implemented the FlexNetcommunication system, iPERL residential and OMNI commercial meters to cut water usage by 23%. (Sensus.com, 2017), so so investment in water infrastructure os a key role in smart cities development.

There is a plethora of other applications, including the Bigbelly smart waste and recycling system, which is completely modular. Bigbelly gives historical and real-time data collection capabilities and helps with smart trash pick up, helps avoid overflows and generates other notifications to help cities manage waste better and keep them both cleaner and more beautiful.

Another useful application, CitySense, uses sensors to save electricity by intuitively adjusting the brightness of street lights, based on the presence of automobiles and pedestrians. It is also “smart” enough to filter out interferences like animals and trees. (IBM.com)

It’s easy to see that cities can benefit tremendously from technological advances that utilize the Internet of Things. It’s also easy to see that as cities continue to grow and more devices get added to the infrastructure, the amount of data will be voluminous. In order to manage these demands, and to fully utilize the new technology, cities will need information management systems like UnifiedInbox’s Unification Engine. The data alone will benefit nobody without a seamless system to analyze and aggregate the vast amount of information. An efficient messaging system will help cities take advantage of the new technology, and improve city life for residents and businesses while reducing costs for everyone involved.

The article was written by Richard Meyers, a former high school teacher in the SF Bay Area who has studied business and technology at Stanford and UC-Berkeley. He has a single-digit handicap in golf and is passionate about cooking, wine and rock-n-roll.