Planning your daily commute like it’s a planned vacation trip 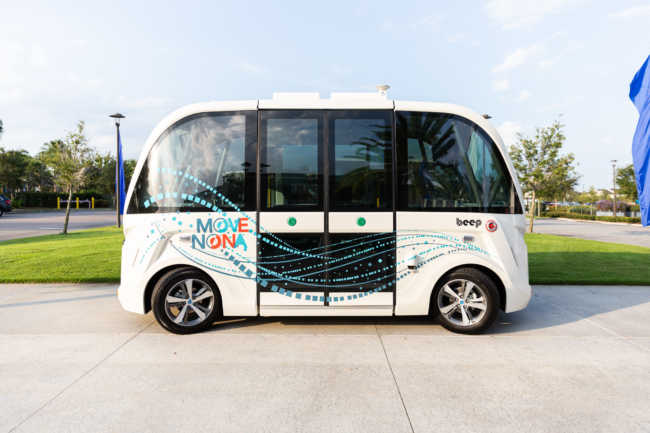 Planning your daily commute like it’s a planned vacation trip

People spend inordinate amounts of time in their daily commute. New survey data show the average American’s commute inched up to 26.9 minutes from 26.6 minutes the previous year, according to the U.S. Census Bureau’s 2017 American Community Survey.

That 18-second increase may seem small, but it totals an extra two and a half hours on the road for Americans last year, according to the Washington Post. Total commute time has been steadily rising, with more than 14 million people now spending an hour or more traveling to work in 2017. No surprise, the longest average travel times are generally associated with large metropolitan areas.

What’s ironic is that few people spend any time each day to actually plan their commute. They simply get in their car and let habit takeover, driving the same vehicle and the same route each day, hoping for an accident-free trip. Sure, today many people use GPS apps like Waze and Google Maps to try and cut a few seconds off their commute.

Consider what might happen if people planned their daily commute similar to how they sit down and plan out a long trip they might take, where a combination of personal transportation (car rental), might mix with public transportation (airplanes, taxi, ride-hailing, bus, subway/rail) in order to complete their trip successfully.

What they might find is that they’re not only saving time by finding the most efficient combinations and routes, but they’ll also be friendlier on the environment (less emissions) and overall fewer vehicles on the roads for lighter congestion.

This ecosystem of transportation would give daily commuters access to a variety of human-driven and even driverless vehicles, as well as public transportation such as rail, bus and taxi options all connected together by a singular platform that can help plan their entire daily commute as efficiently as possible. Artificial Intelligence (AI) and Machine Learning (ML) technologies today now make all of this possible, the same way travel aggregators use AI and ML to find you the lowest fare and quickest route for your planned vacation trip.

Think of these platforms as a control tower for fleets.

This effort would require oversight from the cities and municipalities themselves, which would leverage third-party platforms to orchestrate the entire system, rather than have it controlled by private providers such as today’s ride-hailing providers.

This type of system would be widely effective because of its management of self-driven, human-driven, public and private vehicles in a connected system of fleets. The key ingredient is the ability to not only program certain vehicles along certain routes, but also to enable the coordination of vehicles so they can work together as a concerted fleet. These platforms serve as a conductor, or control tower, for each vehicle.

This orchestration of fleets allows mobility providers to offer the services that travelers want like ride-hailing, robotaxi, micro-transit and autonomous shuttles – all so that people can get from point A to point B in the most efficient manner possible.

This type of environment would replicate a person planning their daily commute just like they would a large vacation. However, with today’s technologies, tools and apps readily available, this planning would all take place within a few seconds on a person’s smart device.

With this new approach to daily commute planning, where all of these technologies come together under one platform, cities and surrounding urban areas will enjoy shared, on-demand services resulting in less congestion, fewer vehicles, and a better environment.

This article was written by Raphaël Gindrat. He is the cofounder of Bestmile and as CEO he is the executive leader of the company’s business and technical teams. Raphael is a pioneer in the world of autonomous mobility, having led a project with Swiss Federal Institute of Technology (EPFL) in Lausanne with cofounder Anne Mellano to test and operate some of the first autonomous vehicle projects in Europe, after which organizers of autonomous mobility projects from throughout the world requested their expertise in defining and managing autonomous mobility trials. He is active in many global industry organizations including the World Economic Forum’s Tech Pioneers.

In every corner of the country and around the world, leaders are trying to make their cities “smarter.” These projects are often in response to specific and on-going demands — such as parking, overcrowding, noise, and pollution — while others have started

As the world begins to make the pivotal shift to renewable energy, solar and wind solutions dominate the industry. Yet these technologies on their own are not sustainable enough to bring us out of the climate crises we face. To