Why The IIoT Revolution Will Happen At The Edge, Not In The Cloud

Home  /  Industrial IoT   /  Connected Industry   /  Why The IIoT Revolution Will Happen At The Edge, Not In The Cloud 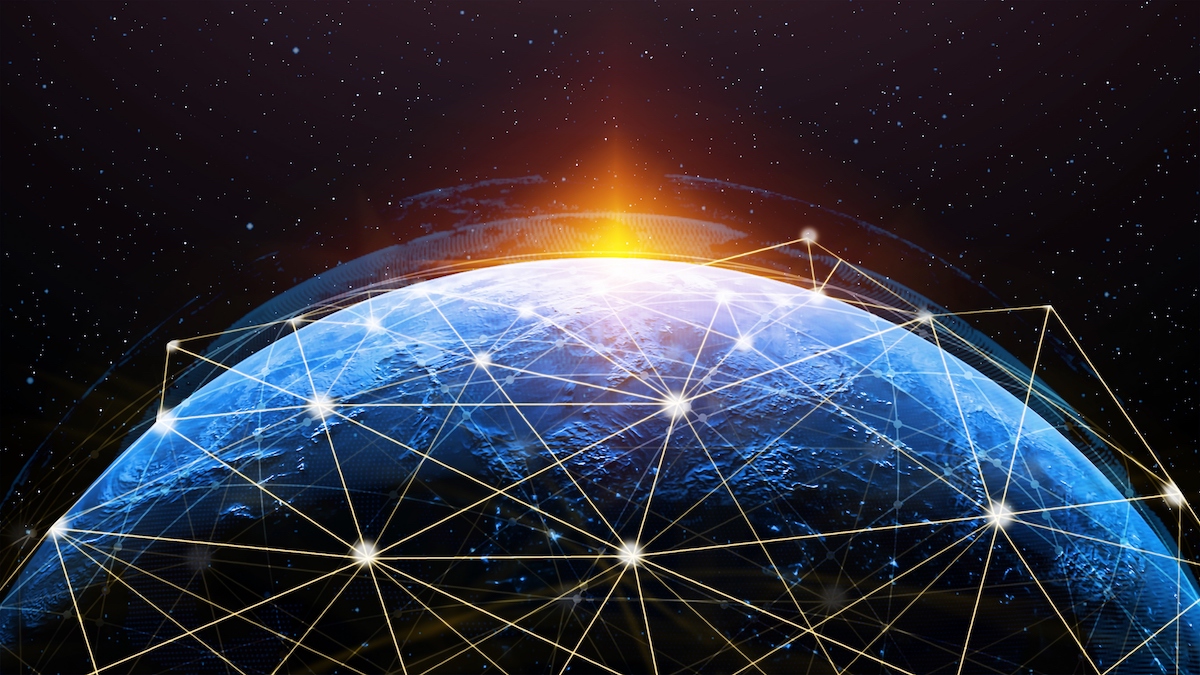 Why The IIoT Revolution Will Happen At The Edge, Not In The Cloud

Have you ever wondered how the on going IIoT revolution will play out? You are not alone. I’ve also given it a fair share of thought and in this article I want to argue why I believe the cloud’s days as the focal point of this revolution are numbered and how decentralised edge computing is best positioned to takeover.

Cloud centralized systems are currently the most widespread model for IIoT applications. These systems directly control the operation of the “things” and flow of information from a single center as shown below. All things are directly dependent on the central power to send and receive information and to be commanded. The model of data ownership is also centralised in IIoT application servers.

Of course, the idea of connecting everything to a server in the cloud makes for a simple approach, both conceptually and programmatically. It is the easiest and cheapest thing to do and it works. IIoT platform providers maintain the infrastructure and profit from users utilising the software on it. That’s it. But as far as the vision of a connected world is concerned, the approach is short sighted. The client/server architecture is after all an old model. There isn’t any change of fundamental principles to necessitate an industrial revolution. Cloud based IIoT solutions may be likened to Henry Ford’s “faster horse”, only this time its a cheaper one. In essence, what is happening currently is that we are moving from many small silos of data in factories and plants to multiple big silos in the form of IIoT platforms providers.

Further, the predominant IIoT application architecture in its current form is not scalable. As the cost of hardware plummets and cloud infrastructure gets cheaper the number of connected devices is going to increase exponentially and so will the messages that have to be routed through cloud platforms for analytics, management or simply relaying. Causing the systems to become inoperable.

It gets worse. Most service providers can’t even guarantee 100% uptime on their SLA. This makes cloud based IIoT solutions unusable in mission critical applications and sectors where safety is of great concern. And the demand for real-time monitoring and control will only soar. Not to mention the network latency issues that are not even tolerable to someone merely trying to open a garage door. In fact, I believe that latency is the reason why it has been difficult thus far for IoT to reach critical mass.

Most of the “things” in industry were never designed for communication with other things and services. Getting data out of these systems into the cloud entails using extra hardware and/or software layers for conversion. This introduces data integrity and security concerns.

Lastly, for a fully fledged revolution we expect devices and services to be able to autonomously execute financial transactions instantly. There currently are ways of making payments on the web currently but they use outdated systems, some that even predate the internet.

As we will see in the next section, edge computing promises to revolutionise IIoT by providing real-time analytic solutions and consensus based mechanisms for decentralised storage and transactions among peers at the edge of the network.

For argument’s sake what we perhaps need to establish before moving on is where or what is the edge?In short, the edge could be a sensor, pump, car, gateway. Any point where compute and storage could exist.

In this scenario, important data can consequently be decentralised such that when one device fails, the others are still able to run on the network.

A particularly important area in Industrial IoT that edge computing is set to revolutionise is edge-based Machine Learning and Artificial Intelligence. I’m certain we all agree that sending terabytes of data to a central point for analysis and decision making and then sending it back down again will never work. It is not sustainable both in terms of bandwidth cost and increase in network latency. Time to insight and action can be tremendously accelerated only if machine learning models, serverless computing and lightweight databases are driven into edge devices. Find out why machine learning fails.

Most IIoT platform providers are realising this transformative opportunity and are investing heavily in edge computing. Microsoft is working on its edge computing implemention for Azure IoT, where they are trying to bring its stream analytics and other components to the edge. Amazon’s Greengrass is another example of an edge computing implementation among many others. On the open source front the EdgeX Foundry and OpenFog are defining standard architectures. In my opinion, open sourcing presents a better chance of furthering the edge computing agenda because it removes the barrier to adoption and makes the internet a common baseline.

Here is the best part. Edge computing and the Blockchain technology happen to have a symbiotic relationship that promises to fundamentally transform the mechanisms of information and value exchange. The Blockchain will allow edge devices to achieve decentralized consensus without the use of a centralized server. For edge computing based decentralised IIoT applications this concept could easily extend to decentralised storage, whereby participating systems could be incentivised to keep copies of the useful data in way such that no other central authority owns device data but the edge device itself. Unalterable and only accessible using a private key.

Even more revolutionary could be the use of the Blockchain to have other edge computing devices act as gateways instead of Internet Service Providers. Because who knows, the internet might become too “big brother” or insecure such that mesh networks will be the safest way to connect devices and services and transmit private information.

In conclusion I think it’s important to point out that the edge computing revolution and decentralised IIoT application model will not displace cloud computing just as the personal computer and mobile revolutions did not displace data-centers. It will however introduce more resilience, flexibility, security and transparency that current IIoT models lack.

The article was written by Kudzai Manditereza, the Founder and CEO of  Cygnus Engine, an IIoT startup based in South Africa. Originally the article was published on LinkedIn.

The Critical Role of Security and PKI in IIoT Environments

What is the best way to ingest IoT data to Microsoft Azure?