Why Industrial Network Switches Differ from Business IT Switches 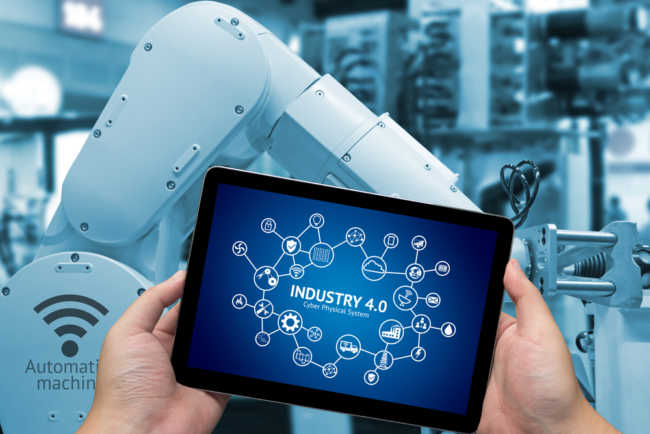 Why Industrial Network Switches Differ from Business IT Switches

Dirt. Dust. Vibration. Shocks. Electrical noise. Blistering heat. Freezing cold. The quick answer to the question of why industrial network switches differ from business IT switches is that the industrial Ethernet switch is built to withstand all these challenges. By comparison, the business IT switch, cosseted by air conditioning in data centers or nestling in a quiet corner of an office where dust is a dirty word, doesn’t have to. And therein is a world of difference.

Built to Do a Dirty Job

Take dirt and dust. Business IT switches that have fans for cooling will suck in air and, with it, dirt or dust particles.. To compound the problem, fans have moving parts and therefore lower mean time between failures (MTBF). Industrial network switches do not have fans. They rely on rugged design to resist heat better, and for that matter any buildup of dirt or dust.

Vibrations, shocks, and electrical noise also separate the sheep from the goats when it comes to Ethernet switches. Industrial environments typically use DIN-rail mounting instead of the 19-inch rack mounting that is standard for business IT installations. Industrial network switches are designed to avoid vibration or shocks that could make cables fall out and to meet industrial EMC (electromagnetic compatibility) standards. By comparison, business IT switches are less resistant to vibrations, shocks, and electrical noise currents that can cause component burnout and other electrical damage.

Industrial network switches are built to work reliably in conditions far removed from those of a typical office space, such as manufacturing, transport, maritime, oil and gas, and mining. They are designed for high availability over long periods because the costs of downtime in industrial environments are often considerable. By comparison with business IT switches that may have a life cycle of only 1.5 to 3 years, industrial switches may be kept working for 10 years or more.

What About Management and Security?

Often, industrial network switches have been installed, configured, and left to get on with it. The priorities were network speed and reliability. In older installations, network management functionality in the switch was not included, because it interfered with the high communications performance (high speed, low latency) needed. Security is also largely absent, because in yesterday’s isolated industrial networks, nobody could get in from the outside to hack them. By comparison, business IT switches are typically equipped for both management and cybersecurity.

Connecting to a Brave New Outside World

Now that industrial networks are being connected to the IIoT (Industrial Internet of Things), they will need suitable management and security. Older industrial switches will gradually be replaced by new ones, although for all the reasons above, business IT switches will not be used. Management and security will need to be done differently, for example, via an industrial network with the intelligence and performance to help meet these requirements.

Software-Defined Networking as the Way Ahead

One robust, affordable solution that does not have negative impact on network performance is software-defined networking (SDN). By introducing SDN-compatible switches in the network, for instance, as part of the replacement program for older units, a software-defined network can make it easy to configure, control, and monitor Ethernet switches. This includes managing security policies in the switches on the types of traffic to let through or to block. In this way, industrial network switches will continue to differentiate themselves from business IT switches, but at the same time be at par with them in terms of external networking, network management, and cybersecurity.

This article was written by Paul Myer, the Chief Executive Officer at Veracity Industrial Networks, Inc. Mr. Myer served as Senior Vice President of Corporate Development at M86 Security, Inc. and also served as its President and Chief Operating Officer. Mr. Myer is a technology industry veteran who has held management positions with leading technology companies, including NEC Technologies and Compaq Computer Corporation.