Industrie 4.0 Is All About Speed 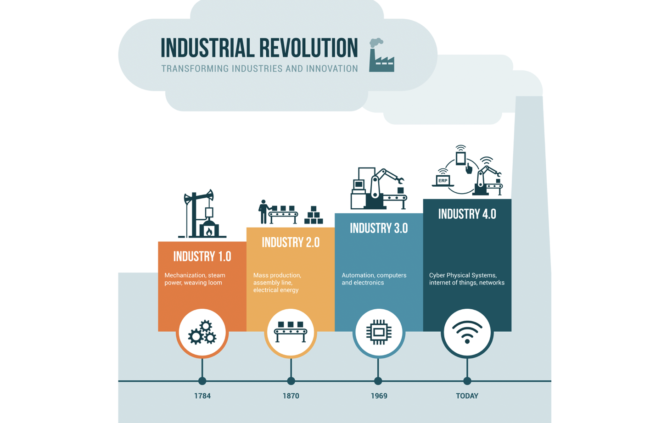 Industrie 4.0 Is All About Speed

Visit four doctors, and you’ll come home with five diagnoses.
This saying can be transferred to the term Industry 4.0, where everybody has its own definition.

Back in 2011 when the term Industrie 4.0 was introduced by the German government institution BMBF, the idea was very unique. It describes the fourth industrial revolution (after steam, mass production, and computer).

Above all, this article will not add another definition to the pool. It will rather try to answer the following questions:

Literature agrees on the point that Industrie 4.0 wants to push the digitalization of the manufacturing. Further clear points are higher transparency, interoperability, better technical assistance, and decentralization. However, none of these points are value propositions.

My German compatriots tend to approach things from the bottom up. As a result, we prefer to start with the technical solution and expect that the business will flourish on it.

Furthermore, this is also the reason why, if asked for a definition of Industrie 4.0, most people name technologies like Artificial Intelligence (AI) or mechanisms like cyber-physical systems (CPS). The list could go on endlessly with hip and fancy stuff like 5G, Augmented Reality (AR) and Virtual Reality (VR), BigData, Blockchain and so on.

Likewise, a lot of promising methods and approaches exist on the project management and organizational side.

However, these technologies and methods can only form the foundation. As already mentioned, the question should be first WHAT? and then HOW?
So, now what is our value proposition of Industrie 4.0?

The Value Proposition Of Industrie 4.0

To answer these questions, we look at the origins of Industrie 4.0: The Manufacturing.
Manufacturing is always cost-driven. Therefore, the value proposition needs to have to do something with productivity gains and cost reductions. A look into manufacturing units reveals, that most are doing optimizations, regarding cost-reduction and productivity gains, for many years already. It is part of their DNA.

Transparency about the manufacturing production processes plays a key role. I once had a chat with a general manager about Industrie 4.0. To the point, I told him it was about speed. To evolve faster than the competition. With fervor, he said, “No, it’s about data.” Of course, it is about data.

Nevertheless, data is only the starting point. Data helps you to understand your processes and see the gaps and gains. Certainly, some kind of data scientist is required at this point. For some companies, this might be a production engineer and for SMEs, this might just be a role.

Above all transparency is the fuel of Industrie 4.0. At the latest when preparing the project and task list for the continual improvement, process it must be clear WHAT is to be done. And in which order. Consequently the higher the level of transparency, the higher the likelihood that the right things will be addressed.

With the technology foundation and the newly gained transparency, the continual improvement process will earn more and more fruits in shorter periods.

Manufacturing units with such a mindset will evolve faster than their competitor.

Furthermore, productivity rises disproportionately and manufacturing costs are lowered. Finally, this will help the company to gain more market share.

For making use of the speed of Industrie 4.0, everything has to work hand in hand: Process, Organization, and Technology.

Lean processes supported by an agile organization and software being developed and deployed following DevOps principles should be the vision. Small steps in this direction help already.

Most recently, IIoT platforms are somewhat of a hype. However, they can be beneficial at this point.

Especially small and medium-sized enterprises (SMEs), with a very limited budget, should have a look at a scalable, fair and open IIoT Platform like ScaleIt. As a project member and lead for my company, I can only recommend having a look.

As software eats the world, a main driver of the digital transformation and Industrie 4.0 is software. But choosing the right fundament for manufacturing software wise is another article.

This article originally appeared on the website Homo Digitalis.

This article was written by Fabian Schmidt, the Head of SE, Electronics Production SICK AG. Dealing with Industrie 4.0 from the very beginning, he has a vast background in manufacturing, as well as IT.