A brief history of innovation on the industrial edge 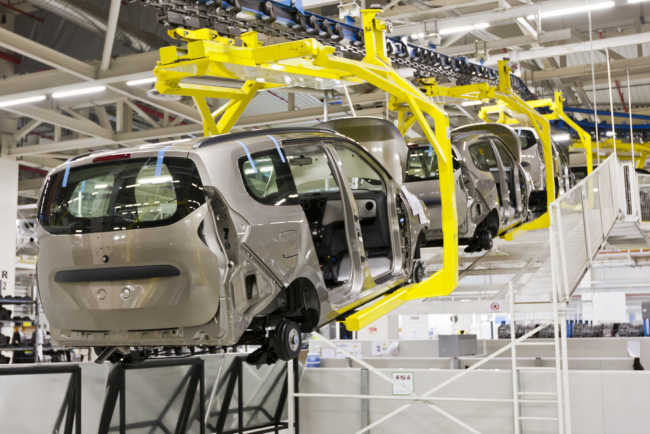 A brief history of innovation on the industrial edge

Two years ago, customers began to take delivery of an unusual new product developed by HPE’s R&D and business teams. Hewlett-Packard has long been regarded as one of the most innovative tech companies on the planet, helping to put Silicon Valley on the map through inventions such as the first scientific calculator and the first commercially available RISC processors.

Like these pioneering technologies, the new Edgeline Converged Edge Systems product line was the first of its kind. It was different than IT hardware designed for clean, temperature-controlled corporate data centers. The Edgeline was built to operate in the unforgiving industrial spaces at the edge of the network where IT infrastructure was seldom deployed. Indeed, these edge environments were the domain of operations technology (OT) – systems for controlling machinery, capturing data, and industrial networking.

The Edgeline brought IT and OT capabilities into the same ruggedized box, along with compute, storage, and networking resources, using industry-standard architectures and interfaces. Those early customers found that the Edgeline could extend new IoT-enabled systems to factory floors, transmission towers, and remote facilities, while enabling new capabilities that they had never even considered.

The Edgeline quickly proved its mettle on the edge. Besides representing an entirely new product category, the Edgeline also proved to be a platform for innovation. Below we trace the history of edge technologies, and show how Edgeline Converged Edge Systems are poised to transform entire industries.

The case for the edge

“When you’re outside the data center, that’s the edge,” says Dr. Tom Bradicich, general manager and vice president for IoT & Converged Edge Systems at HPE. “The edge is the plant floor, a wind farm, under the ocean, on the streets of a city, on an oil rig, in a hospital, or out on a tractor in the middle of a wheat field. These are all edges. And they are going to grow.”

That’s not to say the edge is new. Industry is no stranger to silicon, with the first CNC machines introduced in the 1960s. Microprocessors eventually spread to vehicles, instruments, and embedded systems in countless industrial settings.

Such equipment has almost always fallen under the OT umbrella and was deployed and managed separately from the IT data center that hosted office applications and back-end ERP systems. In that sense, the intelligent edge was distinct from central IT.

But the walls are coming down. In recent years, the rise of the industrial IoT has brought about a sea change in the way companies operate on the edge. The introduction of IoT in these spaces will have a profound effect not only on how companies produce things, but also what they produce.

“The ‘things’ in the Internet of Things reside in the domain of OT, out at the edge. And those things are becoming smarter,” Bradicich says. “One way they become smarter and more intelligent is to embrace and manifest IT characteristics. There was a day when an industrial pump had no computer on it. Today it has a computer and sensors on it.”

A sensored pump can provide all kinds of insights, such as temperature, flow rates, and vibration. This data can be used to optimize production, reduce defects, and even predict outages before they happen. But the data can also become part of a new product or service offering. This is what Texmark, a petrochemical producer located near Houston, is planning as part of its Refinery of the Future – data-as-a-service offered to its own toll customers.

The power of convergence

According to Gartner, deployment of IoT for business, consumer, and government use cases is driving edge computing. By 2022, Gartner estimates 50% of enterprise-generated data will be created and processed outside of traditional data centers or cloud environments, up from 10% in 2017.

The sheer volume of data being generated by plant machinery, robots, connected vehicles, and IoT sensors, not to mention the sophisticated applications required to process the data, makes it difficult to send it all back to central IT or upload it to a public cloud. It’s not just a question of bandwidth availability and costs. One of the greatest fears for managers and operators is latency or an unplanned outage taking systems offline. And, in certain fields, security, compliance, and other concerns prevent data from being processed remotely.

Located next to industrial machinery out on the edge, the Edgeline does more than provide local compute, connectivity, and control. According to Bradicich, the power of convergence brings additional benefits by enabling two technology domains – IT and OT – to operate synergistically.

“Control systems now are intimate with computing, data capture systems are now intimate with wireless, and industrial networks now can reside with Ethernet, all in the same box,” Bradicich says. “Now our customers, and the marketplace, are beginning to see a new platform for development. We’re creating absolutely new applications, that have never been done before.”

A new platform for innovation

Bradicich says that with the introduction of the Edgeline, HPE is not merely responding to a trend, but rather creating a new trend and new product category.

He compares the introduction of the Edgeline to the invention of the motorcar. If you asked people at the turn of the 20th century what they wanted for transportation in the future, they probably would have asked for a faster horse and buggy. Once the automobile appeared, perspectives changed, and society never looked back.

It’s a similar story with the Edgeline. Once customers saw how easy convergence could be, a whole new world of opportunities opened up.

“I like to tell my team, we want to be a first mover and a trendsetter, so our customers can also be trendsetters in their businesses as well,” Bradicich says.

As a first-mover in this space, HPE is committed to helping customers innovate their operations and businesses. This means not only regularly adding new features and helping with planning and integration, but also expanding the Edgeline Innovation Network, a partner ecosystem that includes top OT, IT, and application vendors. HPE Edgeline Converged Edge Systems is powered by Intel® Xeon®.

This article was written by Isaac Rodriguez, IoT Marketing Manager – Digital, Social Media and Events at Hewlett Packard Enterprise. He has a deep understanding of creating and executing an effective B2B digital marketing strategy to assert thought leadership, build awareness and generate demand for tech products and solutions for Big Data, Cloud Computing and the Internet of Things (IoT).