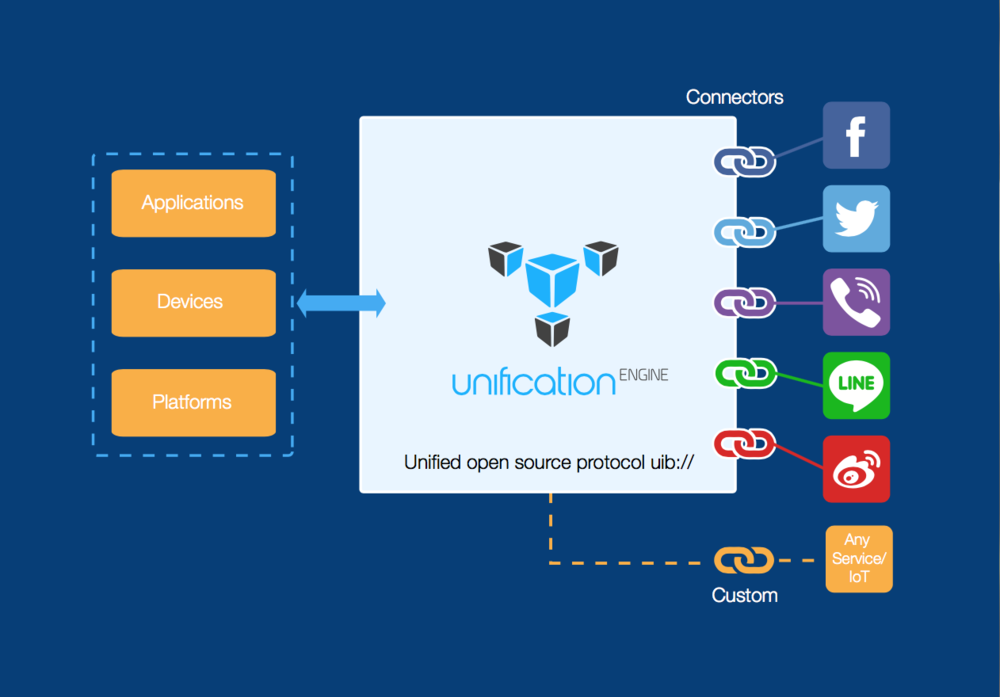 Toby Ruckert: A lot of data is created in manufacturing, whether that is in machines, systems, processes or whether it goes to a cloud or a local intranet at the end. In any case, there is a lot of data created in this process. For example, a security camera might see whether there is a supervisor at a machine or whether that machine is behaving as desired. All of that data mostly comes back to a dashboard or an analytics back-end. But there is so much data and so much analytics to be done that people don’t understand what to look at first and more importantly, people are not always in front of that dashboard. That’s one of the challenges with mobile first technologies today.

The opportunities that we provide with Intelligent IoT messaging can be characterized in three ways as listed below:

In essence, it is about three things, the machines telling humans about something important, the humans asking the machine something they want to know and the third is about humans setting up alerts and triggers for the machines to tell them what they need to know when it is important for them or needs their attention. There is also the ability to control the machine, e.g. start or stop the machine, remotely or locally, but this is not something that is very favorable in manufacturing due to various security and safety reasons right now, but we do believe it will become important in the future.

Lucian Fogoros: At this moment what are your customer’s top 3 concerns about the IIoT messaging platform? How do you intend to address them?

Toby Ruckert: Security is always an important concern in industrial IoT, manufacturing, and production, and it is about the security of the processes, the company’s data, and also the workers that are working on the factory floor. The challenges in security are much complex because ultimately the difference between the local protocols that machines use and messaging protocols that messaging apps use is that the messaging apps are eventually transferring the data over the cloud. So even if WhatsApp is encrypted for example and SMS are not stored by telecom companies, there is an element of data leaving the factory and ending up on people’s personal mobiles. I think this is one of the first things we have to address, so we are focusing on items that are not highly sensitive in terms of security and at the same provide very high convenience productivity and even increase the security to a certain point in the sense that it has to be the owner of the device with his own sim-card login communication profile which asks questions or receives alerts and are very tight to the user.

Number two is interoperability. All these machines use different languages and protocols on the factory floor, and there is no unified cloud for them that they are integrated with. In our case, the different messaging platforms are integrated into our cloud which is called the Unification Engine but in their case, there is no such thing. This is why we partnered with Cybus who can integrate a number of machines with protocols. So, we can connect their API with our API because manufacturers obviously don’t want to have separate integrations between our individual platform and their individual machines, so that’s a very big cooperation which can truly create an efficient way of communication.

Thirdly, there is a question of usability. People have been doing things in a certain way for a very long time, so it takes a bit of time to explain people about something and for the chance to actually become effective. Everybody knows how to use messaging channels like WeChat, WhatsApp etc. and that’s much better and efficient than downloading an app, creating a user account, learning how to use the app, etc. which can take up a lot of time and effort.

Lucian Fogoros: Cyber security is a big concern. How can you limit the vulnerabilities of the IoT messaging platform?

Toby Ruckert: Of course, security, especially cyber security is a big concern. What we do to enhance security is that we do not expose the direct connection between the messaging channels that we unify in one API directly onto the different devices. In our case, there is a lot of difference. Starting with the beginning, there is a local cloud backend, often in the premise of the factory, so the factory controls how much of that local data it wants to expose to the internet and often there is a very limited scope. That limited scope doesn’t communicate to the internet, it only communicates to our intelligent IoT messaging engine which is very interesting because no one can break in/enter at that point in time and enter that connection. And if anybody wants to misuse this system. We also have intelligent analytics which triggers if anyone is messaging questions that are suspicions or is asking sensitive information repeatedly and/or some code is being injected etc. What is helpful is that any attack will have to be simulated as a human attack which is a bit difficult than a machine attack because humans speak human language. So, any humans or machines that want to misuse the system will have to use human language in order to do that.

Furthermore, if the communication link in terms of the end user is tied to a specific sim card or a specific phone number, it means there is an identity of the end user (the operator of the device or the one who gets the alert messages). Therefore, the attacker would have to fake the identity as well  and that really helps because it is quite difficult as user devices are mostly authenticated with a fingerprint or a specific pin code. Then you also have some user login to enter a particular system whether it is Skype or Facebook etc. so there are multiple layers of authentication on the device. It’s a different story if you lose your device and then you have different problems, for example, someone can do your banking transactions with your local banking app. The issues that arise when you lose your phone are actually quite many in number but are being addressed in multiple ways by multiple parties today and hopefully, we will be at a better position in the near future.

Lucian Fogoros: How many IIoT customers do you plan to acquire this year?

Toby Ruckert: We are actually working with multiple partners to acquire various customers and are not directly acquiring the end customers. For example, we are working with manufacturers of safety equipment that is used in factories, we are also working with manufacturers of smoking detectors and alarm systems that are deployed in factories. So these companies become our channel partners because they are also looking for new revenue streams in addition to what they are currently selling in terms of the product and by using us a partner they can add VAS (Value Added Services) to their current offerings.

With our strategy of partnering, we are a bit dependent regarding of how much we can sell, but at the same time instead of having ten customers, we can quickly scale up and have a thousand customers.

Lucian Fogoros: How do you predict your Industrial IoT platform will change industrial automation in 5 years?

Toby Ruckert: One aspect is the retrofitting of machines that were bought some time ago (let’s say 10 years ago). In the case of a 10-year-old machine, the machine is probably paid off already or will be paid off very soon. Anything you can produce and sell on these machines from here on will be very profitable as you do not have to pay for the machines now. However, these machines from 10 years ago are not very smart. So anything that intelligent IoT messaging can do to make the product smarter will help the productivity of that machine.

Another very important aspect is that machines use machine language, and we don’t understand that. Some major players are working to create their own language for AI – and the machines are already communicating in code, protocols, and APIs which we humans don’t understand. Bringing our human language into machines so that they not only interact with us but also interact with each other in human language is a vision that I really see as important in industrial automation. At that point, you can have autonomously working machines that are telling each other what to do (for us of course), but humans can understand what these machines are talking about and can insert some commands into them in natural language (as and when needed) to make the process better.

The key is really to get to the point where machines can use our language, and we are not forced to use their language.