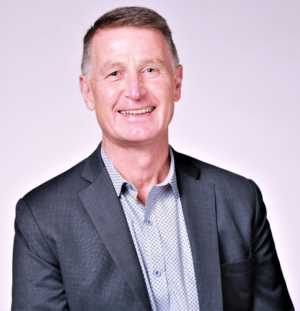 Vernon Turner, Executive Analyst at Ecosystm as well as Principal and Chief Strategist at Causeway Connections is a globally recognized expert in the traditional ICT market research. More recently, Mr. Turner extended that capability to include emerging technologies and new business models basing their roots off the Internet of Things (IoT) and sensor-based data. Mr. Turner has a strong CIO-supported background in the technology requirements particularly in the manufacturing, transportation, finance and banking communities.

Before becoming a consultant, Mr. Turner spent almost 19 years at IDC where he became its Senior Vice President for multiple industry domains, established IDC’s global IoT program in 2013, as well as:

Mr. Turner has been continually ranked in the Global Top 50 IoT influencers by several ranking agencies. In addition, Mr. Turner is a frequent speaker, moderator, author and presenter for leading media outlets.

Mr. Turner’s ICT strengths include his ability to articulate a strategic vision for companies who want to engage in technology innovation with business transformation models. His candid and honest advice has helped clients to become more competitive, more efficient and better run entities. In addition, Mr. Turner has a long standing relationship with venture capital companies who continue to employ him as an IoT eco-system subject matter expert. Mr. Turner’s global networking contacts have also enabled IT vendors and end users to form their eco-systems that are both disruptive and innovative.

Mr. Turner has degrees in computer studies and business administration. He is also an avid sports fan, having competed in track and field at international levels. Currently, Mr. Turner is an active charity runner in both full and half marathons having just finished eight marathons in a four year period.