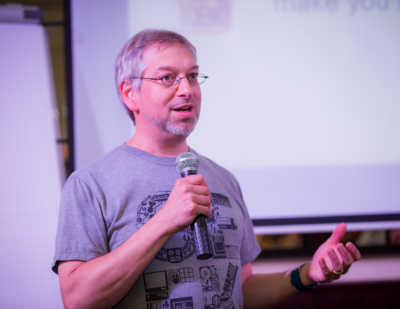 Morton Swimmer was born in New York City, USA, raised there and in Hamburg, Germany, then studied in England and Germany. It was at the University of Hamburg where he came to study computer security under Prof. Dr. Brunnstein and in 1988 he co-founded the Virus Test Center, the first academic research center for Malware.

He started his first anti-virus business in 1991, which now is a part of McAfee LLC. In 1996, Morton joined IBM Research in New York to work in the IBM Antivirus group and create the Digital Immune System, an automated Malware analysis system capable of reacting faster to new Malware than the Malware could spread. The next switch was to IBM Research in Zürich, Switzerland to research the applicability of intrusion detection techniques to the anti-virus field with one of the world’s leading research groups in IDS and IPS. From this research, the DIMVA Conference was formed. In the process, he got his Ph.D. with a thesis titled Malware intrusion detection.

In 2007, he became an associate professor at CUNY’s John Jay College of Criminal Justice and in 2008 he joined Trend Micro, where he still works, with only a brief stint in between at Intel Security. He is now based in North Germany.

Morton has been a CARO member since its inception in 1990 was Technical Editor at Virus Bulletin from 2003 until 2013. In the past, he’s contributed to various journals and books, either as guest editor or as an author. He is currently focused on the application of AI in the field of threat data processing as well as future threats in industry.