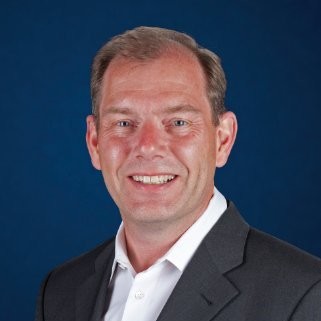 Joerg Borchert was born in Hamburg, Germany. He studied Mechanical Engineering and Business Administration at the Technical University of Darmstadt, Germany. He achieved his PhD in Economics before he joined Siemens AG in 1988. Initially Joerg was on the staff of the Corporate Board of Directors handling Mergers & Acquisitions in Munich, Germany. In 1992 he joined Siemens Semiconductor which became Infineon Technologies in 1999.

Joerg moved to the US in 1998 when he was appointed Vice President. He worked for three years in the wireless division and has more than 10 years experience in the security and chip card semiconductor area. He was instrumental for the roll out of the German Payment Smart Cards in 1996 and the success of the world’s largest electronic Passport program in US. In 2008 he became VP and General Manager for the Business Line Government ID.

The major success has been the business win of the German National ID card system in fall 2010.

Joerg took over in September 2010 the responsibility for Chip Card and Security for the region Americas. He resides in the US HQs in Milpitas, CA. Currently he and his team are involved in semiconductor security solutions for the smart grid and mission critical embedded systems. He contributed to four patent filings in this area.