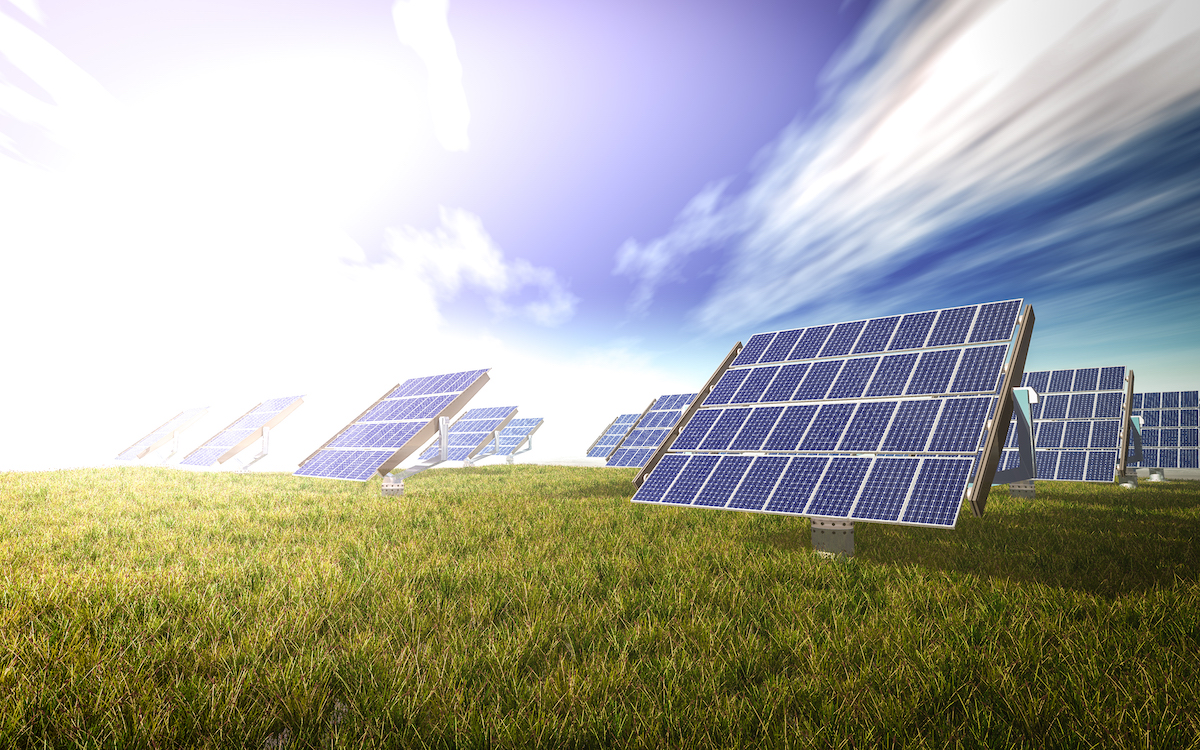 Building on the successful delivery of power at the first 50 megawatt CSP in Delingha with China General Nuclear Power Group in late 2018, ABB has been awarded a second contract to deliver an integrated automation solution for a 100MW Urat solar energy project in Inner Mongolia province, China.

“We are delighted to have been awarded a second project to deliver our digital solutions as part of the 20 pilot CSP solar program, aimed at boosting China’s efforts to meet the 2030 target of producing 20 per cent of its overall electricity from renewable sources,” said Kevin Kosisko, Managing Director, Energy Industries, ABB.

The plant is the first of its kind in InnerMongolia, and one of the largest capacity solar parabolic projects in China’s 20 pilot plant initiative at 500 hectares. It is set to save approximately 90,000 tons of coal per year. 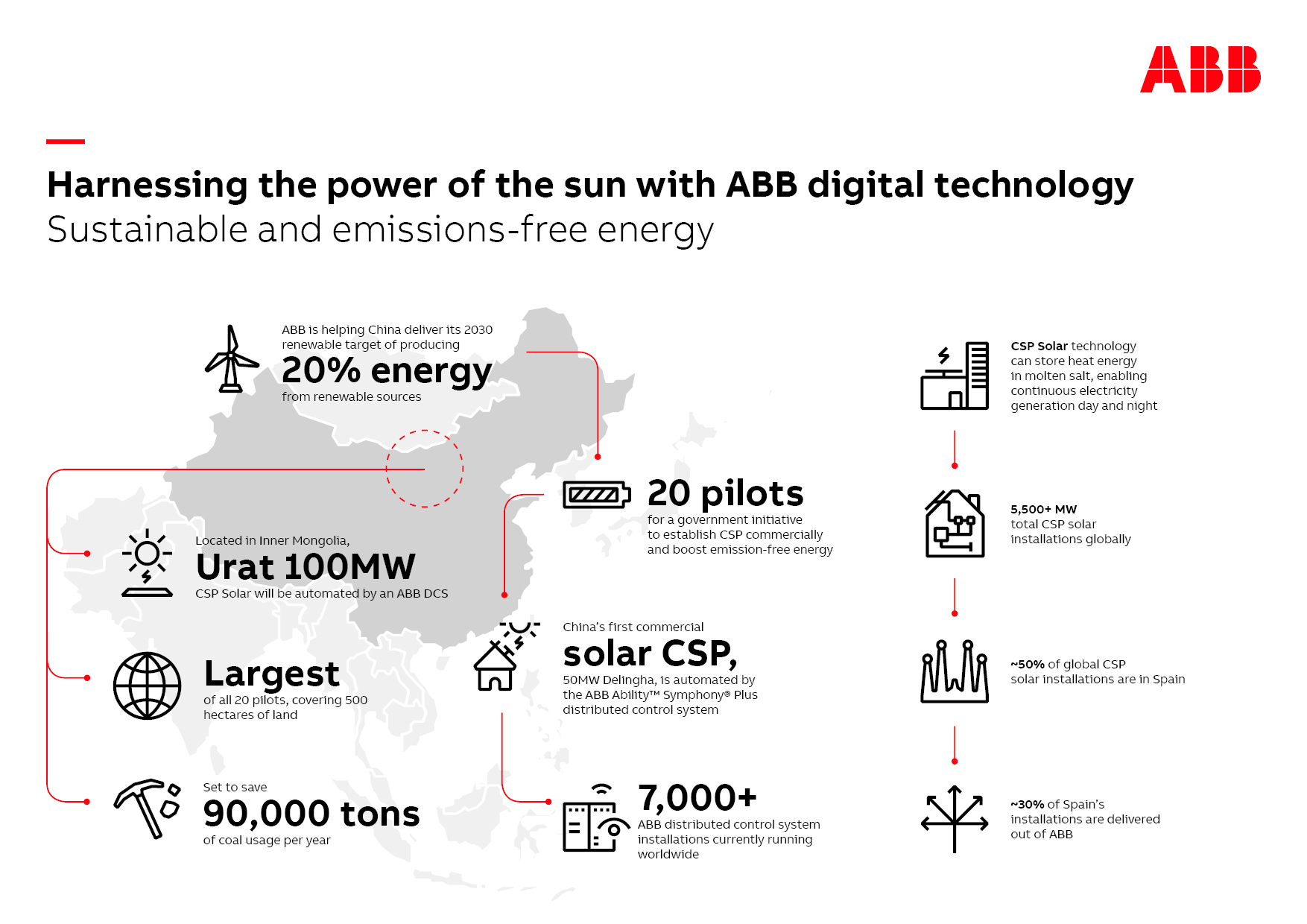 ABB will deploy its flagship ABB Ability™ Symphony® Plus distributed control system (DCS), incorporating a power island, heat storage and transfer, as well as auxiliary controls, and co-ordination control of solar fields. The distributed control system (DCS) will unify all the plant’s production processes into a single user-friendly system, including the heat transfer system, which transports the heat to molten salt tanks where it is stored, and the power block where the electricity is generated and fed into the transmission grid. ABB AbilityTMSymphony® Plus is the world’s market-leading distributed control and SCADA system for the power generation and water industries.

With over 174GW solar power generation capacity in 2018, China is the leading producer of solar power globally.[1] With more than $430 million in subsidies provided by the Chinese government for new solar power projects in a recent year, China is considering various efficient technologies to harness energy from the sun. CSP technology, unlike Photovoltaics (PV), concentrates radiation from the sun, and converts light into heat, which drives an engine that connects to an electric generator. Whereas PV does not store heat, thermal energy from CSP can be stored to help overcome intermittency issues, due to the availability of sun or environmental fluctuation.

With over USD 368 million total investment, this greenfield project led by China Shipbuilding New Power Co. Ltd is anticipated to be delivered soon.

We collaborate with ABB Industrial Automation Energy Industries Division (US branch), running an awareness campaign and preparing a lead generation one in the upcoming months. For the awareness campaign we use #ABBPGW in all our post on Twitter/LinkedIn.  All social media posts represent our selection. 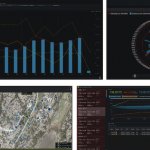 eSmart Systems wanted to put big data and IoT technologies to work for its energy customers to optimize their investments and enable next-generation operational performance. With industry changes such as smart meter and renewable energy adoption, utilities companies needed to 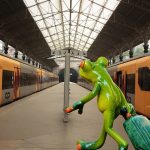 Cities play a significant role in global consumption, production, and pollution. To become sustainable, cities need to plan, innovate, and invest in their future. There are many aspects to discuss when it comes to sustainable urban transformation: governance, planning, innovation, consumption,